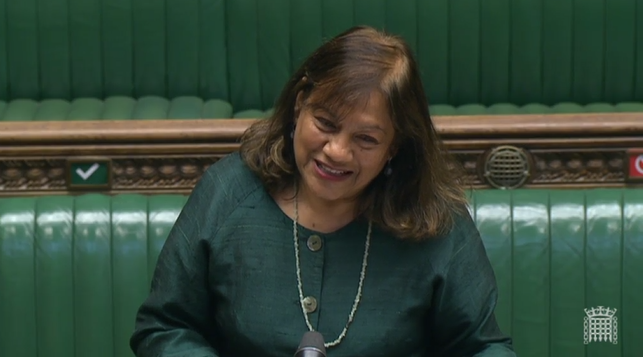 On Thursday 10 September 2020, I responded to the Business Statement and urged the Government to protect care homes, renters and the rule of law. You can read my full speech below:

“I thank the hon. Gentleman for the forthcoming business. Of course we all wish the Leader of the House and the whole Rees-Mogg family well. We know that it had to be something very serious for him not to be here.

I am disappointed that, since last week, there is no legislation to protect renters. It is not in the business statement, so can I make a further plea on this, because the protection runs out on 20 September? We may well have unemployment chaos, but we do not want a homelessness crisis too.

All I asked for last week was a debate on the border in the Irish sea, but then we got the UK Internal Market Bill. It is so controversial that the most senior Government lawyer has resigned, possibly because a Minister said in the House that it would be a breach of international law, and now the shadow Counsel General in the Senedd has also resigned. The Treasury Solicitor is there to advise on the law—I know, because I used to work there—and he has a duty to the court to uphold the rule of law. Roland Phillips, a senior Government lawyer, produced a document called “Judge over your shoulder”, and that is what we have to do: advise to avoid being in breach of administrative law and the rule of law. It is not an op-ed from Government lawyers; it is legal advice. But now everyone who breaks the law made here in Parliament can say, “Sorry, your honour, I only broke it in just a small but specific way.” To use Lord Denning’s phrase, when he quoted Thomas Fuller:

“Be ye never so high, the law is above you.”

He said that to the then Attorney General. We all swear to uphold the law. Will the Deputy Leader of the House ensure that the legal advice of the Treasury Solicitor is published or that a statement is made to the House on the legal implications?

This is clearly not the Government of law and order, because this time last year it was an unlawful Prorogation and this year they are breaking the law. I dread to think what is going to happen next year. One way to describe them is ICU—incompetent, chaotic and useless, whether on testing generally or for care homes specifically, because the Department of Health and Social Care has had to say this:

“We apologise unreservedly to all care homes who have been affected”.

“It’s like Russian roulette, people can be positive working for a week and no one knows.”

May we have a statement on how many processing lab centres there are? Every single university and technical college that has a lab should be pressed into service to do the tests for us locally in the UK.

Mr Speaker, you are right to say that the House is important, but there is a chaotic message. One day it is to Nick Ferrari and the next day it is to Robert Peston. That is not how Parliament works. Yesterday it was announced from a lectern that we are going reduce social gatherings from 30 people to six. Well, that’s the Cabinet sorted!

Will the Deputy Leader of the House please find time for a debate on the Procedure Committee report, which was published this morning? I have not had time to read the whole thing, but it stated in the summary:

“In any event, if lockdown conditions are reimposed in a way which prevents substantial numbers of Members from travelling to Westminster, the House ought to consider reverting to remote voting.”

The UK Internal Market Bill has huge implications for the devolved authorities, so in order that hon. Members can take part in the debate, will the Deputy Leader of the House allow them to take part remotely? Yesterday, the queues were far too long; hon. and right hon. Members were queuing in Portcullis House. As I said before, the Ayes and Noes should be separated. The hon. Member for Watford (Dean Russell) said that maybe we should have four electronic readers. I know that when I pressed one, it was not in service. This is exactly what we are telling people not to do, yet we are doing it here. There are so many pinch points where we are really close to each other.

The Deputy Leader of the House will know that I constantly raise the issue of Nazanin, and despite the Defence Secretary’s helpful comments last week, she is now going to be put on trial on Sunday. She has diplomatic protection, so will the hon. Gentleman make representations to ensure that someone from the British embassy is present for her trial? She should have been released in March, and she is the only one not to have been granted clemency. Also, her tag needs to be extended so that she can go to hospital. Anousheh and Nazanin are being punished for being with their Iranian families.”