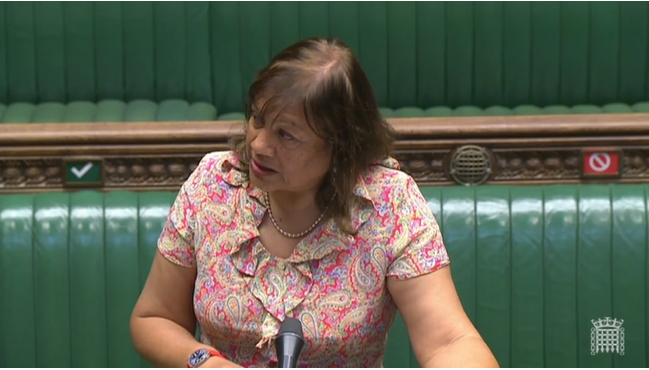 Responding to the Business Statement on Thursday 17 September 2020, I criticised the Government’s decision to break international law in the Internal Market Bill. You can read my full speech below:

“I thank the Leader of the House for giving us the forthcoming business and you, Mr Speaker, for the statement you made on those two issues. I have to say that what happened yesterday was unacceptable, and I hope we can all sit down and talk about one or two of the incidents.

I, too, want to place on record my thanks to the Clerk of the House, the House staff who managed to switch to a different system and the Doorkeepers who reminded us that we were on television.

If that was not enough, I do not know when the Government are going to make a statement about the chaos and the warning about the queues of lorries that will take place in Kent. Some 7,000 lorries will take two days to get through. More sites are being planned, such as the Waterbrook Park site behind the MOJO site, and local people know nothing about what is going on. A coronavirus test centre was abruptly closed to make way for a customs check. Staff were told out of the blue that it would be closing. When are we going to have a statement on what is going to happen in Kent after 31 December? Mr Speaker, to paraphrase Joni Mitchell, they paved the garden of England and put up a lorry park.

It is interesting that the following week, on Monday 28 and Tuesday 29 September, there are further days for the conclusion of the Internal Market Bill; I thought it would all be over this week so that the Prime Minister could go to party conference and wave a piece of paper in the air saying, “Oh, we have Brexit done.” It was the Government who signed the agreement, with the protocol, on 9 January and have now done what looks like a handbrake turn. To paraphrase what happened on the Health and Social Care Act 2012, it was a U-turn so big people could see it from space—perhaps from the moon, even.

Mr Speaker, the Leader of the House tweeted:

As I said, it has nothing to do with Brexit. What we are doing is sucking up to the rule of law. The Law Society president has said that that is non-negotiable. He said that clauses 41-45:

“Represent a direct challenge to the rule of law,”

and he is urging hon. Members to vote against it.

The Leader of the House will know that we are celebrating 10 years since Pope Emeritus Benedict’s visit. In his speech, the Pope said that the separation of powers in this country is “an inspiration” and so is our “respect for the rule of law”.

Those are the words in his speech; I urge the Leader of the House to read them. This country has an internationally renowned reputation for legal services and as a place for the administration of justice, and that is all going to change. We have a law officer who has just recently resigned.

Can we have a debate on saving British businesses? The Leader of the House will know that the founder of ARM has written to the Prime Minister to stop the sale to Nvidia.

He said it was

“an issue of national economic sovereignty…Surrendering UK’s most powerful trade weapon to the US is making Britain a…vassal state.”

Has the Leader of the House heard that phrase before? He has failed to act in the public interest. It is a powerful letter and the Government should take a golden share in ARM. Could we have a statement on the negotiations and ensure that a business such as that will put the interests of the British people first, rather than being used as a powerful trade weapon for the United States?

I know there is a health statement later, but where was the chair of the test and trace programme? She has made no statement since 19 August. Public Health England has been abolished. We have had mixed messages. Do the Government really think that people without symptoms are going to have a test? The number of tests returned within 24 hours has fallen from 68% to 8%. It seems to be all “talk, talk” and not “test, test”.

More importantly, I want to use the Leader of the House’s good offices, if he could speak to Ministers in the Department of Work and Pensions. My hon. Friend the Member for Newport East (Jessica Morden) had a ten-minute rule Bill in July on how people who are terminally ill are treated in the benefits system. She asked a question and she was told by the Minister at the time that the outcome of the review would be done shortly. The Minister said on Monday he will have it done “as quickly as possible.” Could we have a statement as soon as possible, hopefully next week, on what is happening with scrapping the six-month rule?

I am sure that the Leader of the House has already seen the 250 to 300 statutory instruments that are coming down the line. Could he ensure that there will be proper scrutiny of those issues?

It was the fourth birthday that Sherry Izadi, the wife of Anousheh, has had without him. Anousheh also needs diplomatic protection. Nazanin had that terrible prospect of not knowing whether she was on trial. I know the Foreign Secretary has been to America, and I hope that in some way we are nearer to a solution, as the Defence Secretary has suggested. Of course, let us not forget Luke Symons in Yemen; I hope there will be a statement next week in the Back-Bench debate.

I hope the Leader of the House will join me in thanking the Member for Pudsey (Stuart Andrew)—I forgot to mention him earlier—for standing in so wonderfully for him last week and also Marcial Boo, the chief executive of the Independent Parliamentary Standards Authority, who left last Friday. I thank him for his six years. He has made many changes and says that he has left IPSA in a better place. He never failed to deal with queries on behalf of my colleagues. He saw three elections, winding up offices and setting up new offices. We thank him for his service and wish him well in the future.

Finally, happy new year, shanah tovah, to the Jewish community. I know that it has been difficult to have the celebrations, but maybe Rosh Hashanah next year will be back to normal.”