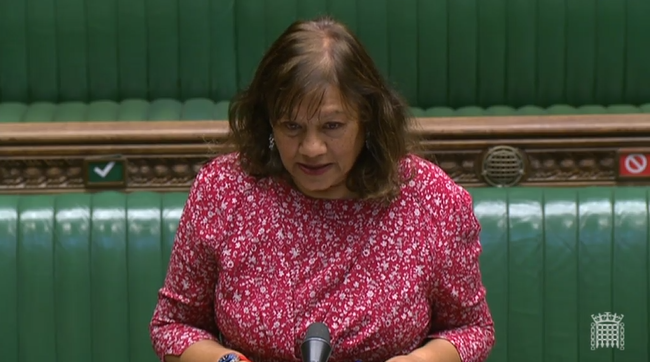 In response to the Business Statement on Thursday 24 September 2020, I raised concerns with the government’s sweeping powers under the Coronavirus Act 2020 and highlighted the importance of unconscious bias training. You can read my speech below:

“I am grateful to the Leader of the House for giving us the business for the next two weeks.

The Leader of the House did not give me a reply on Anousheh’s diplomatic protection. As he will know, Nazanin has this week had to file a complaint about being harassed by revolutionary guards. We hear that the Iranian Foreign Minister has offered a complete prisoner swap with the United States, and I thought that was the reason why we were being held back. May we have a statement on our British nationals? I know the Foreign Secretary has been abroad. Will he give a statement next week? I hope that we will have something on Luke Symons in the Yemen debate later on today.

I have written to the Minister concerned, but received a response from the officials rather than the Minister. I point out that this is a policy issue. There is a third constituent who has said that parental alienation is being incentivised under this scheme, because, basically, if a child is staying with one parent, that parent gets paid on the basis of how long the child stays with them. Can we have a debate on these apparent injustices in the Child Maintenance Service?

It was great to see the Prime Minister come to the House on Tuesday rather than appearing outside. Ministers are now coming to the House. The Chancellor of the Duchy of Lancaster came to the House to confirm that there will be a border in Kent. We will just wait for the announcement on the border in the Irish sea. Sadly, though, the Chancellor decided to speak to the media, and not the House, about scrapping the Budget. The shadow Chancellor has asked him 40 times—it will be 41 later on— about his plans for the ending of the furlough scheme. We are trying to support our folk in these difficult times. They are in this situation through no fault of their own.

Will the Leader of the House have a word with the Secretary of State for Business, Energy and Industrial Strategy? I understand that he is interfering with witnesses on the Select Committee. He intervened and did not authorise a witness to attend. He also issued a ministerial direction to force through a deal. The Leader of the House will know that Erskine May says that

“a select committee has the power to send for persons”

“that power is unqualified”.

Can we have a debate then on the Floor of the House—if the Secretary of State will not allow witnesses to the Select Committee—on the OneWeb deal?

It is a great anniversary of Lady Hale’s judgment today. She has said that Parliament “surrendered” its role over the emergency legislation. I know that there is a debate on covid, but that is not what she was talking about. She was talking about the fact that the Coronavirus Act 2020 gave sweeping powers and that it was not surprising that the police were as confused as the public. We do not all have the luxury of going to the rose garden for our pleas in mitigation.

Mr Speaker, you will have seen the seventh report of the Joint Committee on Human Rights, which expressed concern about the amount of legislation that is coming into force before it is laid. I know that the Government have had to write to you, Mr Speaker, 25 times since March to explain why legislation has come into force before it was laid. I thought Parliament was sovereign. Will the Leader of the House please ensure that anything that is laid is discussed in Parliament first?

Can we have a debate on the Government’s own report, the McGregor Smith report, which was commissioned by the former Chancellor, the right hon. Member for Bromsgrove (Sajid Javid)—he of the “Cummings and goings”. There were 22 recommendations. The noble Baroness said that

than “overt racism”. She recommended free online unconscious bias training. Her Majesty’s Opposition have already done it; I have done it. I got 100%—I may not have got 100%, but I tried nevertheless. Everywhere where sentences are meted out, black, Asian and minority ethnic people are more likely to be affected than anyone else; they are over-represented. I hope that the Leader of the House will encourage his colleagues to undertake this unconscious bias training that the House is putting forward.

We have lost two giants. We have all lived and grown up with the cultural icons of Sir Terence Conran and Sir Harold Evans, who have both died. They are giants of design and investigative journalism.

Finally, I know that the whole House will agree to raise a cup of coffee to Macmillan Cancer Support. Many of our colleagues are going through difficult times. We also know family and friends who are doing so. They will know that tomorrow, as we raise that cup of coffee, they are not forgotten.”

The Office will be closed from Good Friday 2 April until Monday 12 April 2021.

The Office will be closed from Good Friday 2 April until Monday 12 April 2021.