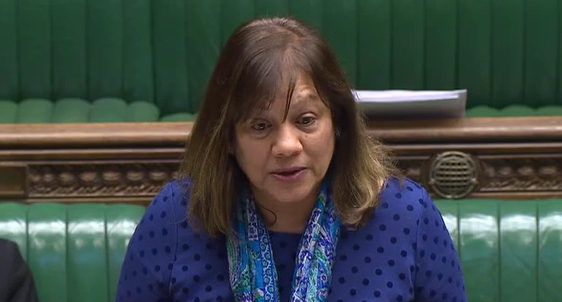 I thank the Leader of the House for her response and congratulate the hon. Member for East Dunbartonshire (Jo Swinson) on securing this urgent question. I think Andrew is the only one of her family not to be in the Chamber. Thank you for granting the urgent question, Mr Speaker, because it has allowed us to get some further information.

It seems that it is not only the Prime Minister who returns frequently to this House and tells us that nothing has changed. It must be catching, as we have been promised yet a further debate. This is the second urgent question on proxy voting for baby leave in the space of six months, the last being on 18 July 2018 in the wake of the shameful events when a pair was deliberately broken by a Government Minister. The Leader of the House honoured her promise of a debate on 13 September. We have had two debates, and yet no further progress, despite there being broad agreement, and the will of the House being known, on the principle of proxy voting for baby leave. This House is debating and voting on one of the most significant issues that this country has faced, and yet last week a Member who was heavily pregnant, but who wanted her vote counted and recorded to fulfil her duties to her constituents, had no other option but to come to the House. It is time that we ensured that this is a modern workplace with modern employment practices for those with baby leave.

I know that the Leader of the House wants urgently to find a way forward and is not the block in the Government to these reforms. Today we hear about the Prime Minister of New Zealand—she knows that there is a work-life balance, even in that position. Everyone can find a way. Both Australia and New Zealand have a system, so there is absolutely no reason why we cannot look at those precedents and come up with our own solution.

I welcome the fact that the Leader of the House has announced not just a motion but a debate. Will it be on a voteable motion? Will there be time for amendments? For how long will the debate take place? Why, given the paucity of the Government’s parliamentary agenda, can the Leader of the House not secure sufficient Government time? She has not actually said how long the debate will be and whether it is on a voteable motion. Will she say, in response to the question by the hon. Member for East Dunbartonshire and to mine, whether we can vote and whether this principle will be secured by a vote on Monday?

As I set out from the Dispatch Box on 18 July and 13 September, Her Majesty’s Opposition—the Labour party—support the principle of proxy voting for baby leave. As I have repeatedly set out, there is a way that baby leave can be introduced today, without the need for a debate, through public agreement by all the parties to nod through those on baby leave for every Division. As I mentioned in a previous debate, there is a way that we could ensure that those voting by this means are denoted with a star. I even offered the idea of a baby emoji—I am sure that someone will come up with that. That will give full transparency to the public as to how Members have voted.

On 13 September, I asked about the evidence that the Leader of the House was going to take. She said that she wanted to take evidence on unintended consequences and various other issues. Has she taken this evidence? When will she report back to the House on it? Could she share that evidence with the House, and at least with the Chair of the Procedure Committee, who is in his place? As I offered on 18 July, will she agree to meet me today to discuss this?

It is vital that we are a modern workplace—that those on baby leave can have their vote recorded and take part in our proceedings as they are elected to do. I appreciate that the Government are putting forward the motion, but it does not guarantee any time for us to debate or give Members a vote to decide on this matter once and for all. Will the Leader of the House please be clear on that? We need to make this Parliament the modern, progressive and equal Parliament that we all want to achieve.