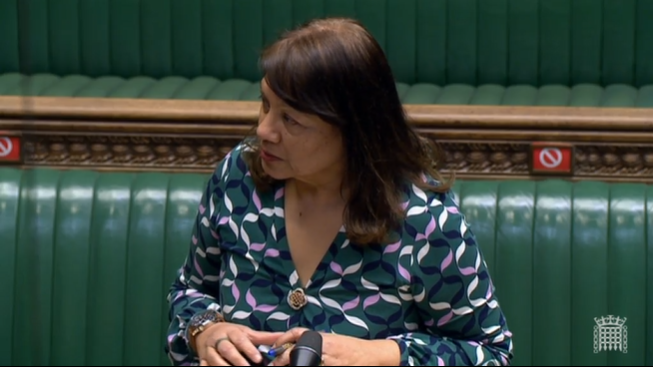 Responding on behalf of HM Opposition, I highlighted the significant fall in UK exports and the challenges facing the fishing industry. I also paid tribute to PC Keith Palmer, as Monday will mark the fourth anniversary of his death. You can read my speech below:

“I thank the Leader of the House for the business.

On Monday, it will be the fourth anniversary of the death of PC Keith Palmer. Mr Speaker, I know that you will arrange for the flags to fly at half-mast.

There are various dates knocking around regarding the possible date of the Queen’s Speech. I do not know why the Leader of the House does not just come out and say it. Perhaps I can suggest a date—something like 11 May.

I note that the Leader of the House has arranged for the extension of the Coronavirus Act 2020. Could he be clear about exactly how long that debate will be? The other place is debating it for five hours. There was some query, Mr Speaker, about whether we could extend the time of the debate, and you told the Health Secretary that it could be longer than 90 minutes, so I hope that the Leader of the House will confirm that.

The motion is interesting. Will the Leader of the House tell us whether it is amendable? The shadow Secretary of State for Health and Social Care, my right hon. Friend the Member for Leicester South (Jonathan Ashworth), has suggested that there are some aspects of the Act that do not need to be renewed because they have not been used. For example, emergency powers to register nurses and social workers—not used; powers for the Home Secretary to vary the time for urgent warrants—not used; suspension of the requirement to hold inquests with a jury—not used. Can there be a chat about that after the statement later? We would be treating right hon. and hon. Members, and this House, with disrespect if we did not have a long opportunity to debate that motion.

It would be a pity to rush through it, especially because I know that the Leader of the House will join me in condemning the description of the Department of Health as a “smoking ruin” by the special special adviser who got a pay rise greater than the NHS nurses, who actually got a pay cut. That is a disgraceful thing to say about people who have worked extremely hard—flat out—during the pandemic. We know that the Government are finding it difficult to answer our questions, which is why we need an inquiry for those who have been bereaved by this terrible pandemic. The Leader of the Opposition and the shadow Chancellor of the Duchy of Lancaster, my hon. Friend the Member for Leeds West (Rachel Reeves), have both met the bereaved. I do not know whether the Prime Minister has met the bereaved families. That is why we need an inquiry. If we are going to open up after 21 June, we need to know the lessons learned. Inquiries are very simple to set up now. I am pleased that the Council of Europe is reopening the inquiry into the Pat Finucane case; that will be important so that his family, including the hon. Member for Belfast North (John Finucane), can find the truth.

The Leader of the House will know that the Procedure Committee has been extremely assiduous and published its eighth report of this Session. I thank the Chair and all members of the Committee, some of whom do lots of different jobs at the same time. The Committee has called for all the temporary orders to be extended until 21 June. Will the Leader of the House tell us whether he agrees with that? There is a bizarre sentence at paragraph 26 that I do not understand, in which the Committee recommends that the House

“reverts to all aspects of its pre-pandemic practice and procedure.”

I am not sure when, or what exactly that means. Will the Leader of the House clarify the Government’s position on that?

The Prime Minister promised the fishermen an El Dorado. I wonder whether he knows that that is a mythical city. Perhaps he was talking about the bit where they covered themselves in gold. Either way, tell that to the Jersey fishermen who blockaded the port in protest; they are desperate. It is more desperado than El Dorado. The Office for National Statistics says that there was a drop of 83% in fish exports in January, and that UK goods exported to the EU have fallen by 40% and imports by 28%. These are not covid-related falls, because there are no similar shifts in non-EU countries. We need a statement from the Secretary of State for International Trade, and we need her to publish the impact assessment on the EU trade deal, as the shadow Secretary of State, my right hon. Friend the Member for Islington South and Finsbury (Emily Thornberry), has called for. The Secretary of State is publishing all the minor deals, but not the main one.

We also need the Foreign Secretary to come to the Chamber to explain why his private comments are different from his public comments. It appears that the Government are allegedly pursuing an unethical foreign policy. He wants to do deals with countries that do not care about their people—for example, Myanmar. I am sure that the Leader of the House will have been shocked by the image of a nun standing in front of the army there, pleading with them not to shoot at the protesters; 90 people have died. There is no point just having sanctions against a few generals. We want them against all the generals. I do not know whether the Leader of the House has seen pictures of the Myanmar Parliament, but members sit there in a block, unaccountable—sometimes not even moving.

How we cheered when the tags came off Nazanin. But it is a farce that she had to go back to court again. And there is nothing about Anousheh and the other innocent people.

My hon. Friend the Member for Cardiff South and Penarth (Stephen Doughty) has asked me to raise the case of Luke Symons. His parents and his granddad Bob want to know what is going on. We need to indulge in more diplomacy, and we have an ally in the President of the United States.

Finally, Sunday is international day for the elimination of racial discrimination. It is also World Poetry Day, but that is not an invitation to the Leader of the House to respond to me in verse.”

Following Business Questions, I raised a Point of Order regarding the Leader’s misleading comments about journalists:

“On a point of order, Mr Speaker. I rise to make a point of order in relation to what the Leader of the House said earlier. He may have inadvertently misled the House when he used words like “cheat” and “editing a recording” about something that I raised in relation to the Foreign Secretary. I have had this statement from the journalist in question and from the Huffington Post:

“We did not edit any recording passed to us and quoted it in full.”

Mr Speaker and the Leader of the House made the following reply:

Obviously, the point has been raised, but it is not for me to judge on it. However, the Leader of the House is here, and I look to see whether he wishes to respond and clear the matter up.

The Leader of the House of Commons:

Further to that point of order, Mr Speaker. The Foreign Office has made it clear, and has said:

“We regret that this audio has been deliberately and selectively clipped to distort the Foreign Secretary’s comments. As he made crystal clear in his full answer, the UK always stands up for and speaks out on human rights. In his full answer, in an internal meeting, he highlighted examples where the UK has applied Magnitsky sanctions and raised issues at the UN regardless of trade interests, and that this was a responsible, targeted and carefully calibrated approach to bilateral relations.”

“We regret that this audio has been deliberately and selectively clipped”.

If the journalist did not clip it himself, he ought to have known it was clipped. He is either a knave or a fool.”