HomeNewsValerie shows solidarity with the husband of Nazanin Zaghari-Ratcliffe

Valerie shows solidarity with the husband of Nazanin Zaghari-Ratcliffe 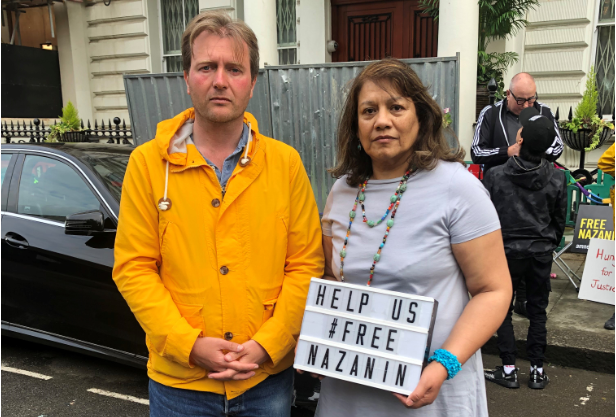 I met Richard Ratcliffe outside the Iranian embassy in London on Wednesday 19 June 2019. Richard Ratcliffe is husband of Nazanin Zaghari-Ratcliffe. They are both on hunger strikes in protest against his Nazanin’s imprisonment in Tehran.

Richard is demanding for: Nazanin’s immediate release; a visit by the British Embassy to check on her health; or, if no release is granted in the next few weeks, a visa for him to go to Iran.

Nazanin Zaghari-Ratcliffe was a charity worker who was arrested by the Iranian Revolutionary Guard on 3 April 2016 at an Iranian airport while returning to the UK from a family holiday in the Iran.

At Business Questions on 20 June, I raised the case: “I met Richard Ratcliffe yesterday, and other Members have visited him too. Will the Leader of the House raise Nazanin’s case with both the former and the current Foreign Secretary, and send the Iranian Government the message that they should show the international community their seriousness, and free Nazanin and reunite the family now?”