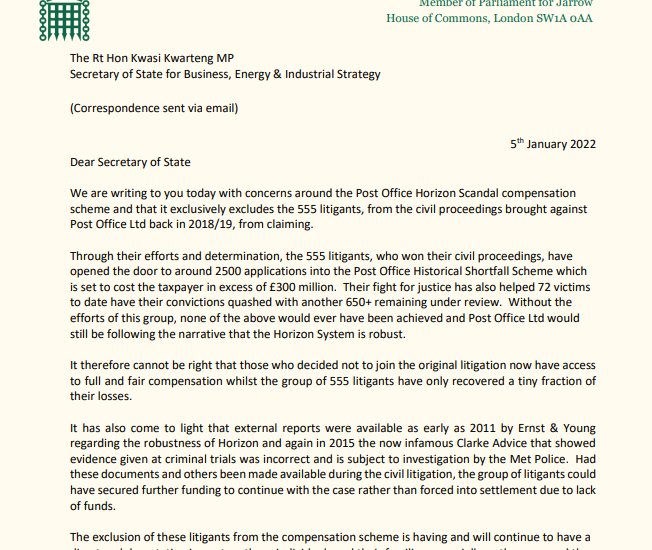 The Horizon scandal resulted in 736 members of staff at the Post Office prosecuted over 14 years for alleged crimes which were in fact attributable to the newly installed computer system, Horizon. Unfortunately 555 litigants who took civil action against the Post Office have been excluded from the scheme set up by the Post Office which was meant to provide compensation to those caught up in this widespread miscarriage of justice.

I have signed a letter to the Secretary of State for Business, Energy and Industrial Strategy, The Rt Hon Kwasi Kwarteng MP about this injustice. The letter was organised by Kate Osborne MP alongside 92 other MPs calling for the 555 litigants to receive compensation commensurate to their suffering. I have also signed the Early Day Motion 822.

The Minister for Small Business, Consumer and Labour Markets Paul Scully MP has responded to letter and stated that he ‘will continue to work with [the 555] to see what the government can do’. 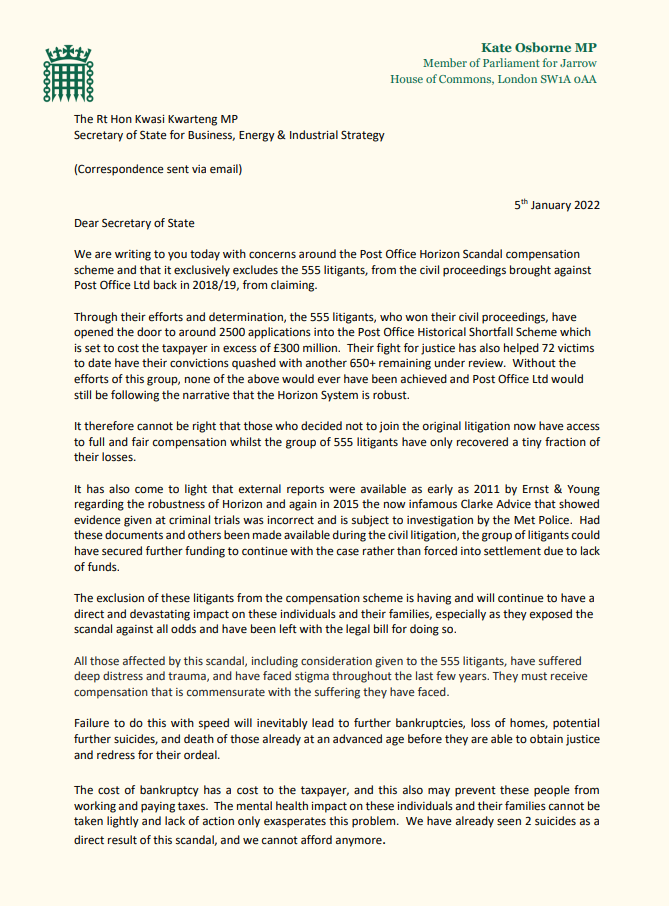 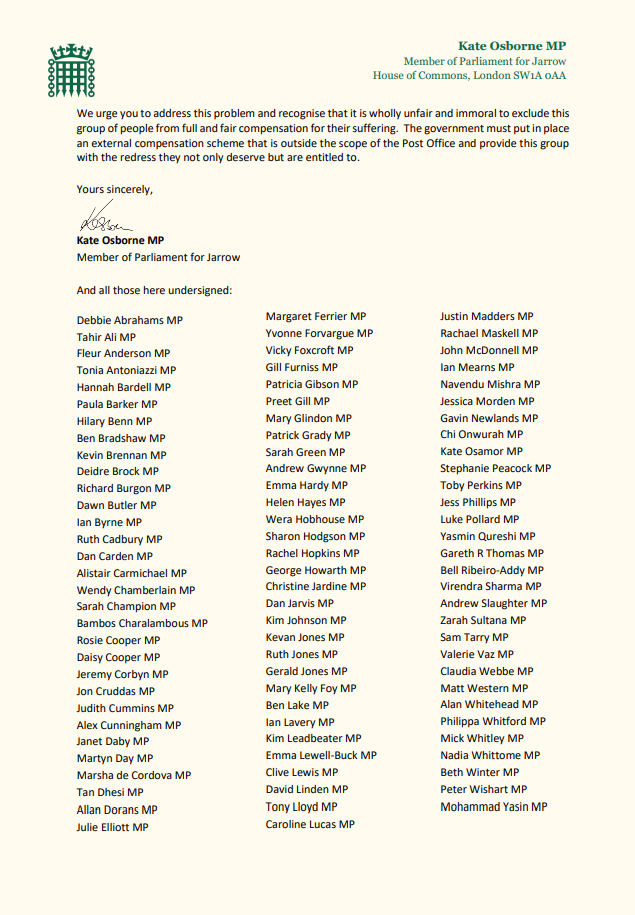