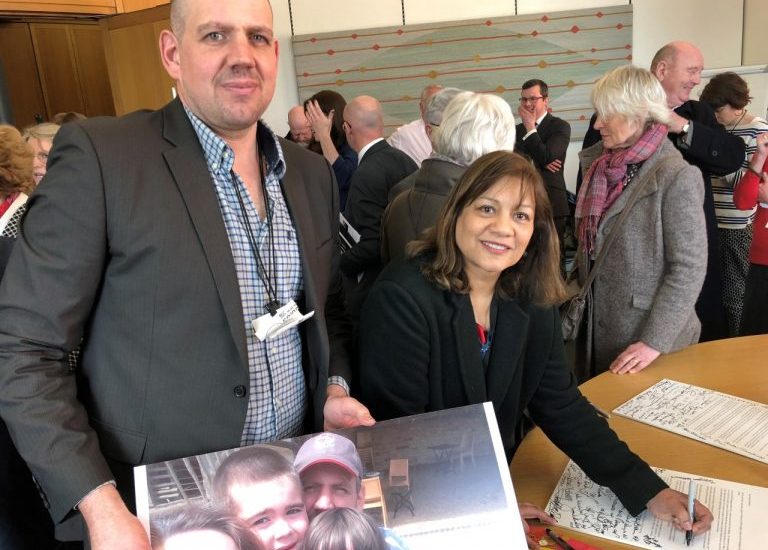 Alfie Dingley is a 6 year old boy from Kenilworth, whose parents and doctors are seeking access to medical cannabis to treat his epilepsy.

An Urgent Debate on medical cannabis was held in Parliament on 20 February 2018 and the Minister said the Government is exploring every option within the current regulatory framework, including options of issuing a licence to the family of Alfie Dingley.

I and several other MP’s from across party lines signed a letter to the Home Secretary in support of Alfie Dingley. The text of the letter is below:

We are writing to urge you to grant a licence for Alfie Dingley to get the life-changing medicine he needs.

6 year old Alfie Dingley suffers from a severe and rare form of epilepsy. On treatment available to him in the UK he suffers clusters of 20-30 life-threating seizures per day lasting up to 5 days. Alfie often stops breathing and he requires emergency intravenous treatment which doctors say will later cause psychosis, major organ damage, and eventually a premature death.

Supported by their UK doctors Alfie and his mum moved to the Netherlands in September 2017 where doctors prescribed him two EU GMP-certified (good manufacturing practice) cannabis-based medicines, Bedrolite and Bedica.

These medicines have been life-changing for Alfie. While in the Netherlands, he suffered just 1-2 seizures per month and requires far fewer doses of the steroid treatment that is damaging his health. His family say Alfie’s quality of life improved dramatically, posting videos online of him playing and singing like any other 6 year old.

Alfie returned to the UK for legal and financial reasons less than a month ago. Without access to these treatments, he has already been hospitalised after suffering a dangerous cluster of seizures on 3 March and his parents fear his condition will deteriorate further in the coming weeks.

Under Section 7 (4) of the Misuse of Drugs Act 1971, the Home Secretary has the power to grant a licence for an individual to possess a controlled substance, in this case small quantities of Tetrahydrocannabinol (THC). Granting him a licence is a decision you can make today, without legislation of any kind.

Over the last fortnight, the country has been moved by the suffering of this 6 year old boy and the distress felt by his family. We urge you to look into his case, and grant Alfie the licence he needs.

We look forward to hearing from you.