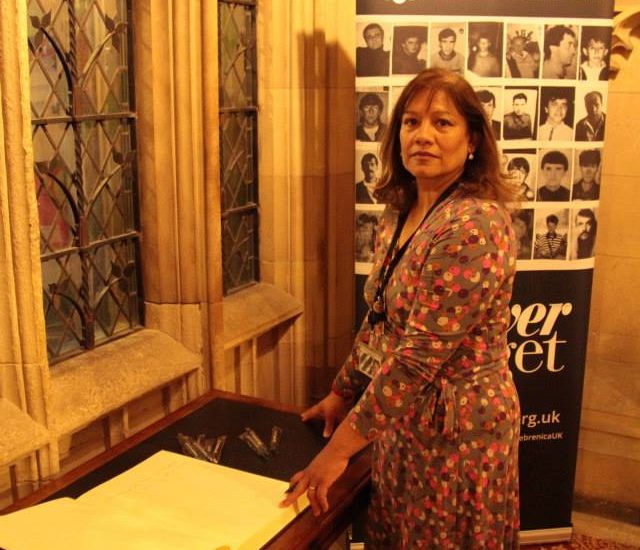 Valerie signed the Remembering Srebrenica Book of Pledges in commemoration of the 1995 Srebrenica genocide.

The book signing took place in the House of Commons and different locations across the UK during Remembering Srebrenica Memorial Week (6-13 July). Politicians from across the political spectrum paid tribute to the more than 8,000 victims, as well as to honour those left behind and still dealing with the aftereffects of the genocide.

The commemorative book signing was one of many events to take place during the Memorial Week. Four survivors shared their experiences at three national events, and attended several of the 650 acts of remembrance held nationwide.

The UK leads the way in commemorating the genocide, following an EU resolution in 2009 designating the 11 July as Srebrenica Memorial day across the European Union. The charity Remembering Srebrenica organises events to raise awareness of the genocide – the worst atrocity on European soil since the Second World War – and highlights the impact that hatred and intolerance can have on society.