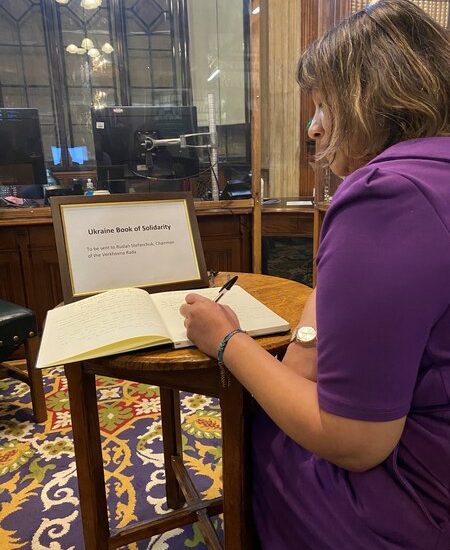 On 1 March 2022 I signed the Ukraine Book of Solidarity, in the House of Commons Library.

This Book will be sent to Mr Ruslan Stefanchuk. As Chairman of the Ukrainian parliament, the Verkhovna Rada, Mr Stefanchuk is the counterpart of the Speaker of the House of Commons.

I hope that the Book will convey to members of the parliament of Ukraine the depth of support they have within our own Parliament. The Ukrainian people have shown extraordinary courage in their response to the Russian invasion, including acts which are being investigated by the International Criminal Court as possible war crimes.

We stand with the Ukrainian people in their fight for democracy, the rule of law, justice and peace.