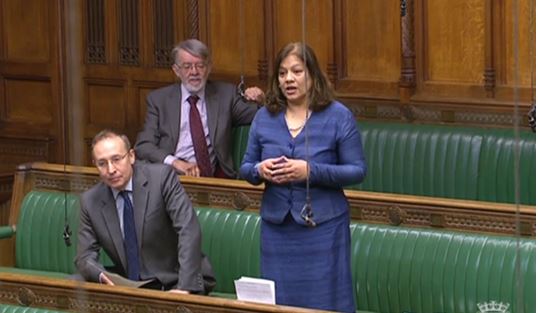 There was an Urgent question granted by Mr Speaker to HM Opposition on the Junior Doctors contract on Thursday 24 March 2016:

Valerie Vaz: If the Minister really wants to avert the strike, I suggest he writes to the BMA today with a list of the sticking points and dates on which to meet.

Ben Gummer: Sir David Dalton wrote to the BMA with precisely that list. The BMA refused to reply to him. He made the judgment that there was no point in continuing negotiations because it was refusing to discuss, in any event, the remaining matters. The Government have to move ahead. We have been on this for three and a half years and it is better that we move ahead.

I note that the Minister refused to reply to my question asking the Government to sit down and negotiate. The Government should not be leaving it to someone else but need to take control of the situation to avert the strike.