HomeNewsValerie speaks against the proposed reforms to Judicial Review

Valerie speaks against the proposed reforms to Judicial Review 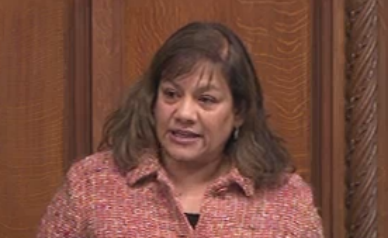 In the re-recess adjournment debate on Thursday 20 December 2012, Valerie spoke against the proposed reforms to Judicial Review. They were announced by the Justice Secretary on the 13 December 2012 in a consultation paper.

Speaking in the debate Valerie said:

“I am asking the Government to rethink their consultation paper, “Judicial Review: proposals for reform”. Judicail reviews are the foundations of our democracy.

“The paper was published last week.This consultation is taking place over the Christmas period. It will last for six weeks, at least two of which will be taken up by Christmas and New Year. What is the case for change? Page nine of the document states that judicial review has developed far beyond its original intentions. That is not a proper reason based on evidence; it is an opinion.

“The Government are concerned about the growth of judicial review. As there is more legislation, there will be more challenges. Judges take very seriously the use and abuse of the court process and do their best to filter out vexatious claims.

The Government want to change the process for granting permission to bring judicial review proceedings. Their own evidence shows that permission hearings—first on paper, then orally—are a good filter of cases. In 2011, 7,600 applications were considered by the court, but only one in six was granted. That makes 1,200. That, to me, shows a court doing its job. It is one gigantic filter. Furthermore, only 300 permissions were granted for an oral hearing.

The oral permissions are important. It is right that those cases that have been filtered out get a second chance, because there might be new evidence. I am astounded at the suggestion on page 11 of the consultation document that a victory in a judicial review is only a pyrrhic victory. It is referred back to the original body for consideration, either because the decision was exercised unlawfully or unreasonably, or on one of the other grounds of judicial review. That is a proper victory within the grounds of judicial review.

The Government say that judicial review cases take a long time. The Government want to reduce the time limit from three months to six weeks in planning cases. That will not make them go away or get dealt with any quicker. What has to be looked at is the listing for a hearing. That is where the delay is. I have said before in the Chamber that we need more judges and more court time.

I asked the Deputy Leader of the House to ask the Justice Secretary what discussions he has had with those who drew up the civil procedure rules about these changes, and what representations he has had from the judiciary, lawyers and others who use the administrative court stating that there is a need for reform.

The case for reform is flawed. Judicial review is one of the pillars that hold up a just society. In judicial review, judges exercise a constitutional power that the rule of law requires them to exercise. That is the way it should be.”

The full transcript of Valerie’s speech is in Hansard here: http://www.publications.parliament.uk/pa/cm201213/cmhansrd/cm121220/debtext/121220-0002.htm#12122052000016
The Consultation Paper, Judicial Review: proposals for reform, is available here: https://consult.justice.gov.uk/digital-communications/judicial-review-reform/supporting_documents/judicialreviewreform.pdf