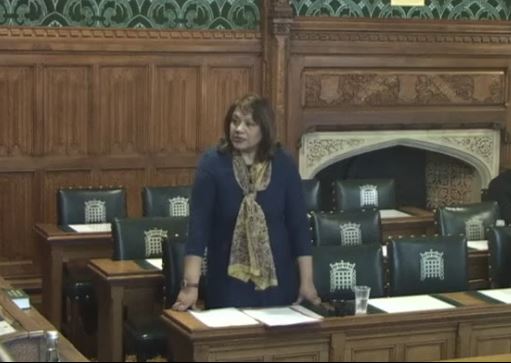 At a Delegated Legislation Committee on Tuesday 27 March 2018, I responded to the following motion: “That an Humble Address be presented to Her Majesty, praying that Her Majesty will appoint Sarah Chambers as an Electoral Commissioner with effect from 31 March 2018 for the period ending 30 March 2022.”

It is a pleasure to serve with you in the Chair, Mr Stringer. I support what the Leader of the House has said, and I thank the outgoing commissioner, Toby Hobman, for his contribution to the Electoral Commission over the two terms that he served since 2010. His term of office, as the Leader of the House said, expired on 31 December 2017.

On 23 January 2018, the motion to appoint Sir Ian Kennedy as an electoral commissioner was negatived on a Division. I thank the members of the independent panel—the chair, Joanna Place, Sir John Holmes, and my hon. Friend the Member for Houghton and Sunderland South—for their work in identifying a candidate. The Speaker’s Committee has been independent, transparent and diligent in its work.

The usual process in such a situation is to look to the next person, if they are appointable. The recruitment panel’s second-place candidate, Sarah Chambers, was therefore recommended for appointment as an electoral commissioner. Ms Chambers served on the board at the Competition and Markets Authority, and she is experienced as an economic regulator, government policy maker and board and committee member of a number of public authorities.

Andy Slaughter: I am listening with rapt attention to my hon. Friend’s speech. I draw her attention to the fact that Sarah Chambers is also the chair of the Shepherd’s Bush Families Project and Children’s Centre, which is a fantastic organisation in my constituency that has been helping poor families for 30 years. That alone would recommend her to the board.

Valerie Vaz: I thank my hon. Friend for his assiduous work as a fantastic constituency MP, and he is clearly aware of Ms Chambers’s good work. In the light of that, the Opposition endorse her appointment as an electoral commissioner.