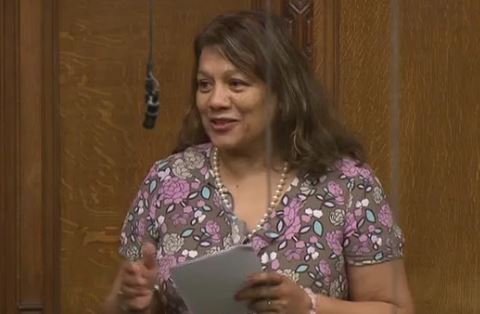 I spoke in the Summer Adjournment Debate on Thursday 21 July 2016. I raised the concerns of my constituents in relation to Walstead Road, Great Barr and the Broadway campus of the University of Wolverhampton, and called on the Government to take action on litter and restart a national anti-litter public information campaign.

Below is my full speech:

“I should like to start by thanking the Backbench Business Committee for the return of this popular general debate. I want to emulate the hon. Member for Southend West (Sir David Amess), who always gives us a tour of his constituency in these debates. It is good to see him in his place. Most importantly, I want to welcome the Deputy Leader of the House of Commons, the hon. Member for Northampton North (Michael Ellis), to his post. Behind every great Prime Minister stands the hon. Gentleman, and I am sure that he will do a fantastic job.

I want to raise the concerns of my constituents, and my themes today will be Walstead Road, Great Barr and the Broadway campus of the University of Wolverhampton. They might not mean anything to other hon. Members but they mean a lot to my constituents. Walstead Road is a long, leafy road in Walsall South, and in the summer of 2012, Walsall Council decided to have a consultation to see whether the residents wanted humps on the road. Many people were concerned that they had not had an opportunity to respond, and they raised their concerns with me. The council interprets a non-response as a response in favour, so let that be a warning to everyone: always respond to surveys! As a result, the road is littered with humps.

The council is not listening to the residents. One of the residents, Tracey Clifford, undertook a survey and found that 73 households, out of the 97 responses ​she received, were having difficulty in dealing with the humps. They had problems when they were exiting their drives, there were personal injuries and their cars were damaged. I have had three meetings with the council, and I am coming up against a brick wall. When I asked for the evidence that speeds were being reduced, I was given a pile of traffic logs 2.5 inches high from 2014 to go through. In 2015, the residents spoke to a police officer who said that people were exceeding the speed limit of 30 mph.

According to the Traffic Signs Regulations and General Directions 2002, as amended in 2011, a repeater sign cannot be placed in an area when the lamp posts are situated within 200 yards of each other. I was not aware of that, and I think it is slightly strange. The residents have asked for a watchman sign, just like the one on Sutton Road, so that drivers can see their speed flashing up on the sign. Ideally, my constituents on Walstead Road want what the Faculty of Public Health has recommended. Cutting the speed limit to 20 mph cuts road deaths and injuries and is safer—the perfect solution. I hope that the Deputy Leader of the House will agree that residents should be listened to, and that the speed limit should be cut to 20 mph to make them safer.

The other great saga is that of Great Barr park and hall, which has been going on since 2014 and relates to a planning application on green-belt land that goes against both local and national policy. The former Planning Minister, the hon. Member for Great Yarmouth (Brandon Lewis), wrote to Members on 7 July, stating that the Government had put in place the strongest protections for the green belt, and that the green-belt boundary should be adjusted only in exceptional circumstances through the local plan process and with the support of local people.

There is no demand for housing at Great Barr, and yet residents are left with this planning application and planning officers have to sift through mounds of paper to decide whether it should go through—despite the whole thing going against local and national policy. It should either be refused or withdrawn. Does the Deputy Leader of the House agree that my constituents require certainty about this application? Otherwise, they will have to wait until the council decides whether it will have a meeting and then push the application through without residents knowing about it.

The hon. Member for Gloucester (Richard Graham) mentioned nurses and the importance of nurse training, which leads me on to the third big issue in Walsall South—the Broadway. The University of Wolverhampton has been told by the council that it must build a road costing £1 million to provide an exit from its Walsall campus on to the Broadway, leading to two sets of traffic lights within 50 yards of each other and then an exit on to one of the busiest roads in Walsall South.

What was the evidence for building the road? At every meeting that I have had with the University of Wolverhampton, it has said that the council is insisting on the condition, but the council says that no officer has said that they want it. Following the first consultation, the evidence to the planning committee included 22 letters of objection and a 67-signature petition against the proposal. After the re-consultation, there were 60 letters of objection, a 450-signature petition and just six letters ​of support. However, the council decided that the condition should be imposed. The £1 million should be spent on the nurse training that the university does so well, and on providing bursaries to invest in local skills, not concrete.

I want to end on rubbish. Some hon. Members may think that that is what I have been talking all the time, but it really is an issue in my constituency. I was at Caldmore Green on Saturday and saw the detritus of takeaways, bottles and paper, but just one bin. Members may not remember the Keep Britain Tidy campaign, but it was started by the Women’s Institute and had that lovely logo of a person with pointy feet and arms putting litter in a bin. Will the Deputy Leader of the House kindly ask the Government whether we may restart that campaign? Many people who visit this country or form part of new communities—and even those who live here—are not aware of the law on litter. We need to keep Britain tidy.

I wish you a great recess, Madam Deputy Speaker. I thank Noeleen Delaney, who is retiring, for looking after us Members in the Tea Room. I thank all Members, the Library and everyone else. It has been a momentous, historic time, and I hope we all have a good rest.”