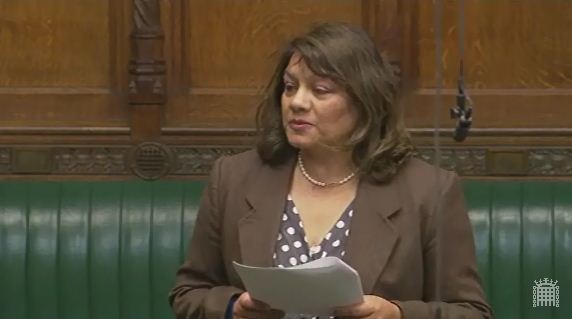 On Tuesday 18 September 2012, Valerie raised the proposed changes to the planning rules which were announced by the Secretary of State for Communities and Local Government (CLG) on 6 September 2012 in a Pre-Conference Adjournment Debate.

Speaking during the debate in the House of Commons, Valerie said:

“The Secretary of State’s statement should have given us clarity, not ambiguity. I will give some examples of how it will confuse a lot of people, including planning lawyers. First, planning inspectors will be allowed to decide on applications, instead of the local authority. The problem is not the speed with which planning officers have to deal with applications, but the lack of properly qualified staff. In most councils, cuts are affecting the number of staff who can make proper decisions on planning issues.

Having worked for the Treasury Solicitor’s Department and acted for the Planning Inspectorate, I know that the people there are capable and committed public servants, but the Minister is going to have to increase their numbers. There cannot be an increase in their work without an increase in the number of those who carry it out.

“The Government are looking for options to speed up planning appeals. Here is one easy remedy: more judges should be appointed to the High Court to deal with judicial reviews and appeals. Having dealt with planning litigation, I know that there was a pretty robust system between the judges’ clerks and the planning barristers’ clerks, and time estimates for cases were well adhered to. The problem is not about cases getting to court but the fact that we need more judges to deal with them.

“What of the other controversial issues such as allowing extensions of up to 8 metres? My constituent, Mr Arnold Pate, has already had to suffer from this. A law-abiding citizen, who has worked hard all his life, is reduced to sitting in his back garden with a large two-storey extension blocking his light. The officers recommended refusal, but the planning committee allowed it. No weight was attached to Mr Pate’s views. Under the new planning statement proposals, the voice of the electorate—my constituents, such as Mr Pate, and other Members’ constituents—will continue to be ignored.

“What of the flexibilities in the national planning policy framework to tailor the extent of the green belt? There is already encroachment in Walsall. In the case of the Three Crowns pub, officers advised the planning committee that the proposed development would constitute an unacceptable development on green belt land. The majority of residents were against the proposal, but the planning committee passed it anyway, even though there were no special circumstances to outweigh building on the green belt.

“Walsall South already has land to build on for housing on the former Servis factory site in Darlaston. Outline planning permission has already been given for housing development. The residents in the area want housing, but the owners of the site would like another retail development. I have mentioned Woodside close in a previous debate. The same application has been refused six times by the Planning Inspectorate. The residents association said that officers gave no weight to its views. How would repeat applications be covered under the new regime? Would residents have to put up with multiple applications? Will section 43 of the Planning and Compulsory Purchase Act 2004 apply to inspectors when they have to deal with the new work that might come their way?

“
“The Local Government Association has given us figures, which are well known, showing that there are 400,000 plots across England and Wales with planning permission for work to start. The figure is about 25% higher than previously thought. Building work has only started at half those plots, so it would take developers three and a half years to clear the backlog. I fear that because the Government have lost the argument on the planning reforms and have had to rethink the national planning policy framework, they are trying to change the rules through a different route.

“There is no need further to relax the planning rules, but there is a need to protect the countryside. As Beatrix Potter, the great protector of the countryside, might have written: “This is the Tale of the Bad Policy.” I hope that it ends happily.”