HomeNewsValerie speaks in Opposition debate on Managing Risk in the NHS

Valerie speaks in Opposition debate on Managing Risk in the NHS 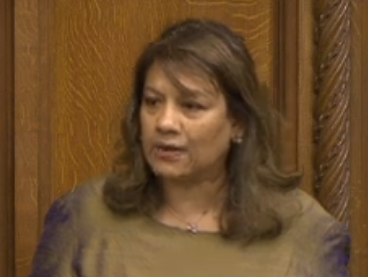 On Wednesday 17 July 2013 Valerie spoke in favour of the Opposition Day motion on managing risk in the NHS.
Valerie said:
“There is a host of reviews going on. Robert Francis QC was appointed in 2009 by Labour’s Secretary of State for Health, Rt Hon Andy Burnham MP. Then some £10 million later, after sifting through the evidence and hearing from bereaved people, produced a report with 290 recommendations which appeared to have been accepted at the time in full. However, there now needs to be a review on its implementation. Yesterday, Sir Bruce Keogh published a thoughtful report and provided clarity of what needs to be done – a copy should be sent to every hospital.”
“There are yet more reviews. Camilla Cavendish has reported on health care and social care assistants. Ann Clwyd MP and Tricia Hart are now reviewing how patients make complaints, with no date currently provided to report. Sir Bruce Keogh will also be kept busy with a further report on vulnerable older people and the long term challenges to A&E, due to report in the autumn. There is also a final review that is taking place that the Chief Executive of NHS England, and not the Secretary of State, announced to the Health Service Journal rather than Parliament. This review will cost £3 million over three years and work out the strategic direction might be for NHS England.”
“It’s very easy for those who are exposed to the world of NHS Structures to say how to fix it. Robert Francis QC took evidence from those who directly use the service and how they came across the inaction and indifference of a large institution. Sir Bruce Keogh has done the same with his report. He has talked directly to those patients and clinicians at the front line, not just to those in the boardrooms. Those at the front line are the ones that should be listened to, those who work in the NHS who have provided a service even when their pay is frozen. The people who died at Mid Staff or Morecombe bay don’t go into hospital using the technical terms that the CQC or Monitor might use. Patients just want professional people who are competent at their job and who care for them at their most vulnerable . Only if we listen to them can we wish the NHS many more happy returns in the future.”
The Official Record of Valerie’s Speech is available here.
The Francis Report is available here.
The Bruce Keogh Report is available here.