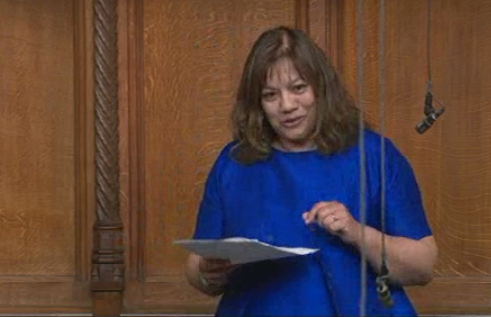 On Monday 13 May 2013, during the debate on the Queen’s Speech, Valerie called the Government policy of creating a Chief Inspector of Hospitals as a vanity policy. Valerie said:

“I had hoped the Queen’s Speech, which took place on Wednesday 8 May 2013, would include plans to implement the 290 recommendations of the Francis Report into events at Stafford Hospital. Instead, the Secretary of State for Health has merely suggested the creation of a Chief Inspector of Hospitals. This was not a recommendation contained in the Francis Report and looks more like a vanity policy rather than a genuine measure to protect patients.”

“When he appeared before us at the Health Select Committee on 23 April 2013, the Secretary of State for Health was unable to tell me how much the Chief Inspector would earn, where the budget is coming from, whether this is committed spending or if the Treasury even knew about this. The Health Service Journal did a survey of senior people in the hospital sector and 73% said they did not believe that the introduction of a Chief Inspector would be effective. The Francis Report cost the taxpayer over £10m and was about a change in culture, yet the Government seems to have discarded its recommendations.”

“The Government wants people to build conservatories, but at the same time has introduced a ‘bedroom tax’ forcing people out of their family homes. It is giving the companies the benefit of doubt over lunch expenses to minimise their tax bills, yet at the same time does not give the benefit of doubt to those people who must attend ATOS assessments even if they are in a wheelchair or have other long term health conditions. Nurses and junior doctors say they need more staff, yet the Government has failed to commit to improving staffing ratios.”

“The Government’s new legislative agenda should be based on justice, tolerance and the rule of law, yet this is being undermined. The gracious people of this country on whose behalf the gracious speech was made deserve better.”