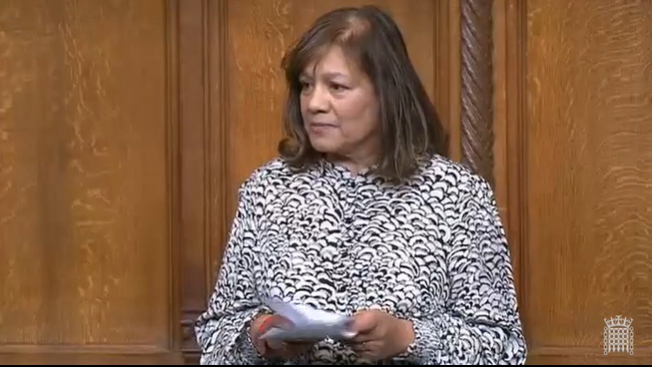 On Wednesday 14 July 2021 I spoke in the Second Reading of the Health and Care Bill. You can read my speech below:

“It is a pleasure to follow the hon. Member for Meriden (Saqib Bhatti) and to congratulate him on the birth of his child.

First, I am going to vote against giving this Bill a Second Reading. I cannot believe that the Government are going ahead with the Bill at this time. It is irresponsible and without any consideration to those who have worked to save our lives and continue to save our lives. The Secretary of State is going to have to assert himself, because he is only just in the job and he seems to have been bounced into this legislation.

Why is this happening now? We have been through this before. I was on the Health Committee from 2010 to 2015. The right hon. Stephen Dorrell was its Chair. On a cross-party basis, we heard evidence that the Bill introduced in 2012 was not the best solution for the NHS. We managed to pause the Bill but the Government continued to press ahead.

Integrated care is Labour party policy. We have seen it. We visited Torbay, where the fictitious Mrs Smith had a single point of entry and everyone was able to track her all the way through the system—through hospital and out—for all her needs. But the 2012 Act stopped that. It stopped the pooling of resources. Integrated care can work only if there are adequate resources for local authorities. Austerity measures since 2010 have starved local authorities and other public services of funding. That is what is making people angry. But the governance of the integrated care system has no clinicians and no patients. People who use it or work in it do not get a say. All sorts of other people can be added on.

My second point is that we do not trust the Government on contracts. Look what happened during the pandemic: £347 million to Randox, the Tory-linked private healthcare company whose testing kits had to be recalled over the summer because of concerns about contamination. We warned them about section 75 and opening this out to tender. The transaction costs associated with that drain the NHS of resources. There is fragmentation and destabilisation. Just ending section 75 is not sufficient; the NHS must become the first and the default option, and private providers cannot be involved in the ICS or in commissioning decisions. We cannot have a select group of fast-tracked friends.

My third point is about the workforce and it has already been raised. They have been magnificent. They have already had a slap in the face with a 1% pay rise and now they are facing further reorganisation. Workforce planning is key to a smart organisation. Clause 33 says who is responsible, but not what must be delivered. Instead of reporting once every five years, how about laying that before Parliament every year? The modelling will have to be done on the workforce assessment, so why can it not be made transparent and available? As the British Medical Association said, we need independently verified projections of future workforce supply so that local and regional decisions can be made on safe staffing levels. That phrase is not even in the Bill, post Francis.

The Secretary of State should think again, as this is the wrong time. The graphs are going up. The BMA and the royal colleges are against this Bill. The main point about healthcare—the right to healthcare—has not been enshrined in the Bill. It must be stopped now, and people and patients should be put first.”