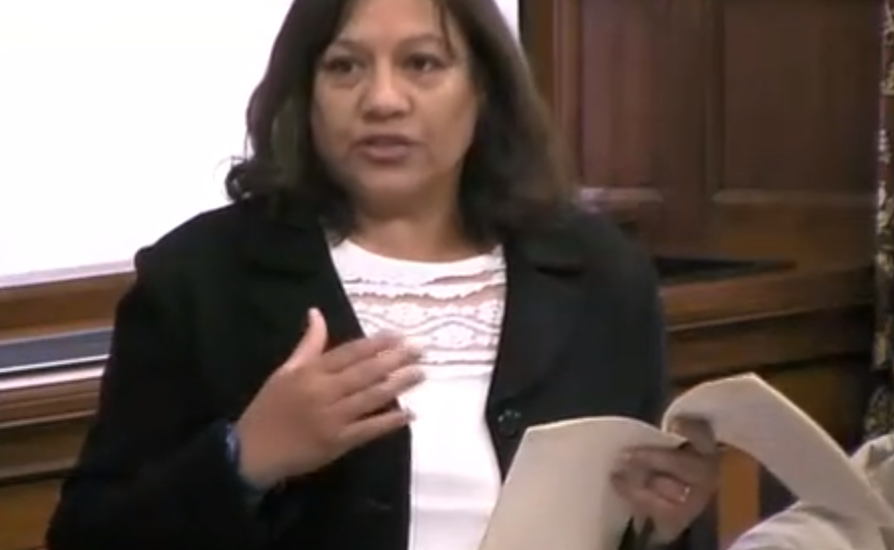 I spoke in the debate in Westminster Hall on Wednesday 9 September 2015 to highlight the unfairness of the funding formula on the West Midlands. You can read my speech in full below:

Valerie Vaz (Walsall South) (Lab): It is a pleasure to serve under your chairmanship, Mr Crausby, and to follow the hon. Member for Dudley South (Mike Wood). It is interesting that he, a new Member, has already seen the difficulties of the policies brought forward by the previous Government. It is good that he has been creative in that way.

I thank my hon. Friend the Member for Birmingham, Northfield (Richard Burden), for obtaining the debate. It is not a question of people ringing around forcing Members to attend. As can be seen, Members from throughout the west midlands are here, quite rightly, because the debate is about a key issue for our constituents. I am pleased that my hon. Friend the Member for Walsall North (Mr Winnick) is here, and I hope that he will report back some of today’s comments at the Select Committee sitting that he will attend next week.

The debate is about fiscal fairness, and protecting our constituents and their public services. Lots of Members have already raised the financial issues, and my hon. Friend the Member for Birmingham, Northfield, eloquently went into the issue of the damping formula, but I want to add my voice on the concerns about finance and the funding of the West Midlands police. I am not giving a political statistic, but information from the National Audit Office. The West Midlands police have had 23% cuts. By comparison, as many hon. Members have said, Surrey has faced cuts of only 12%. Those are all facts. There have been cuts of £126 million in the past five years. Under the current formula, £43 million should have been given to the West Midlands police, but has not been.

Members touched on the matter of the council tax precept. The creative thinking of the hon. Member for Dudley South is interesting, and I hope that the Minister will look at what he said carefully, but I repeat that the precept for the West Midlands police is the second lowest in the country. People have talked about a referendum; that was the previous Government’s policy, and was part of the Localism Act 2011. There has been a squeeze on the West Midlands police nationally, but also locally, and it has resulted in the loss of 1,471 police officers, which is a huge number. I have had conversations with the police, and there has been a recruitment freeze. In addition to the effects of retirements, it is difficult to get new people into the force to provide the service that my constituents need. The effect of that has been huge.

There have been several criticisms of the police and crime commissioner, who is not here to defend himself, so I hope he will get an opportunity to provide clarification, given some of the misinformation about what he has done about the budget.

I want to thank Chief Superintendent Dave Sturman, who has moved on to another job—yes, it may well be in Lloyd house—and who has been fantastic about responding to concerns that I have raised on behalf of constituents. He has raided houses where there were sex workers and drugs, and he brought to justice the perpetrator of an attack on an elderly gentleman who was on his way to a mosque. In 2011 there was proper consultation with the local authority and Walsall town centre was free from riots. That is what it is about—partnership with local people.

Terry Simmons, the secretary of the Walsall borough neighbourhood watch, whom I have spoken to, has said that there is concern about what is happening. The association has enjoyed a good relationship with the police, but one neighbourhood team has moved back to the town centre. One person spoke of being at the mercy of a local response team, and those will not always deal with the low-priority cases. Pleck, Alumwell and Birchills are distressed at the kind of things that the police, with the minimum of resources, are having to do—they cannot do their job. As to response teams, it is said that they are moving away from the public, given the closure of front offices and falling numbers of patrols. People cannot talk to police officers on the street. The police are retreating into their cars. That is the wrong strategy.

Now more than ever before, we are in a challenging time. We need people to be vigilant, and we need to build up relationships with local people. We need local intelligence to protect our communities. In Walsall there have been two marches—a drain on people’s resources—of people who do not consider that a diverse community should be together, and who try to divide it. Those are the kinds of things that we face in Walsall.

Click here for the Hansard Transcript of Valerie’s speech.