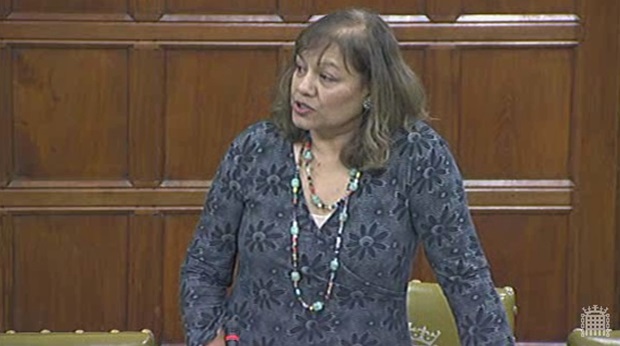 On Thursday 24 October 2013, Valerie took part in a Westminster Hall debate on “Planning, Housing and the Countryside”, raising the issues of protection for the Green Belt, land banking and permitted development rights.

“I want to focus on three main areas which have affected my constituency of Walsall South; Planning and the Green Belt, Landbanking and Permitted development. It seems there is still a misconception about planning in the Green Belt and what constitutes very special circumstances, even though the National Planning Policy Framework sets out why and when this should take place or the older Planning Policy Guidance. Either way the Green Belt should be protected in my view.”

“In Walsall South we fought against the Three Crowns Pub. Planning Permission was granted against the officers’ advice for conversion into flats which was fine for the actual building but also for 3 additional houses. This is clearly out of character for the area. And what has happened? Nothing, except for a car wash. But no building work. The only sign of creativity is graffiti on the building. So the land and building have been derelict for 3 years.”

“As we are debating planning the former Three Crowns school site in the Green Belt may become yet another piece of land with Planning Permission for 8 houses. The land belongs to the Council. It will be sold off by the Council for houses. Not only was consultation carried out in the summer holidays but it goes beyond the footprint of the existing buildings; there is not housing need in the area for the 8 large homes.”

“But there is a need for housing in Darlaston and there is permission on a former factory site for 224 houses. Permission was granted in 2007 and still the site remains derelict and quiet . No sound of building or people living in their homes. The owners are a subsidiary of the Royal Bank of Scotland. The residents in the area say they want housing and community facilities like a community hall and a place to go for young people. The owners want a retail development, but the site is near the largest retails parks in the region; that is land banking at its worst.”

“The third area of contention is permitted development and its extension. We have the extraordinary situation in my constituency where a phone mast has been placed in a high street. The Council refused permission but because it was sent by 2nd class post it was deemed not to have given reliable and verifiable notice of the refusal. There was notice, Vodafone were informed in a telephone conversation and the refusal was on the council website. Now residents have to put up with this with no compromise from Vodafone. Indeed they are planning to extend the height of the mast.”

“There were many places to site the mast but no amount of discussion with Vodafone can persuade them that the residents have to pay with an eyesore for what was effectively a small mistake by the Council. With the new permitted development rights these phone masts can be extended up to 20 metres and their width increased by up to a third. The Pheasey phone mast is on a pavement leading to the shops. Once again other interests carry more weight than those of the people who have to live with the consequences of these decisions.”

“With cuts to local authority budgets those with the skills to make coherent planning decisions are in short supply, they shouldn’t be they should be valued. So should the views of the residents with a tribunal attaching the appropriate weight to the views on planning grounds not only on commercial interests so that we still maintain the spirit of Octavia Hill and Beatrix Potter- balancing the need for housing with a protection of the countryside preserved for future generations.”