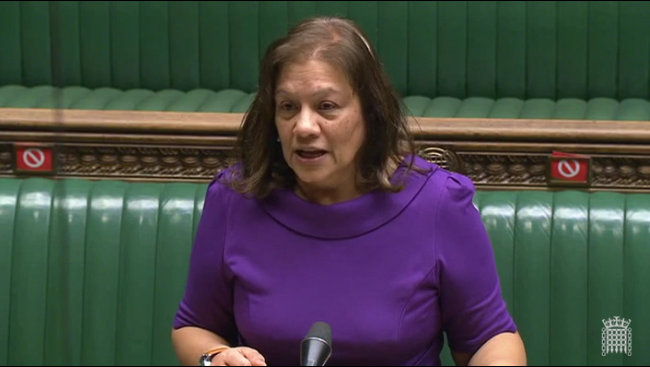 On Wednesday 13 January 2021, I responded on behalf of HM Opposition to two motions which suspended sittings in Westminster Hall and debates on Private Members Bills owing to the rise in coronavirus infection rates. You can read my speech below:

“I thank the Leader of the House for bringing forward these motions. I will speak to the motions and against the amendments. We are debating them against a background, as at 12 January, of more than 83,000 deaths. If we think about Wembley stadium, all the people who have died would fill it. Yesterday, there were 1,243 deaths, which is the second-highest number of fatalities reported on a single day. That is the background to why we are debating these motions and to why Mr Speaker has changed the arrangements in the House. Everyone has seen where the Dispatch Box has been moved to. This is a serious situation. This is not business as usual. This is not normal business.

At the Commission, we expressed our views on all sides—everybody expressed their views. We heard from Public Health England, and it is fair to say that it was so concerned about what was happening on the estate and the number of people who were coming that, before Christmas, it was ready to close us down. We resisted that because we want to hold the Government to account. Believe me that, more than anyone else, the Opposition want to hold the Government to account.

We have to do everything we can to keep people safe. At the Commission, we tasked the usual channels and the business managers to come up with a package. This place operates because we trust each other and the three Chief Whips work well together and allow business to take place. We sent them away and they came up with the package that is before the House, which the Leader of the House has put forward.

The Leader of the House previously mentioned that Westminster Hall would cost £100,000. I say to the right hon. Member for Forest of Dean (Mr Harper), who mentioned that, that I have also spoken to the Broadcasting Unit, because we are very keen to have Westminster Hall debates, as are all hon. Members. It is working on it as we speak. It has given us a timeframe of four weeks because that gives it an opportunity to do that. It said that Westminster Hall is so badly set out that it is looking at other arrangements, and it is looking at them as we speak. It said that, as a result of that, the costs will be less, so we will be able to have Westminster Hall debates and we will be able to hold the Government to account, if the Government will only answer the questions carefully.

Let us look at what the Government have done in terms of the amount of money that they have spent on private consultants—£375 million. Given that, £100,000 or less is easily doable. There was £40,000 for a pay rise for a very special adviser; I am sure there will be savings from the fact that he has now left his job.

We are trying to facilitate full parliamentary scrutiny, which is essential to our democracy. It is slightly strange that the Leader of the House has allowed virtual participation in private Members’ Bills; I will deal with that in a second. Hon. Members will know that to have a closure motion, 100 right hon. and hon. Members need to come down here. We want to support our colleagues, but we do not want to make people unsafe. I do not want to say this, but a really serious incident happened today. Many hon. Members know about it, and it is frankly shocking. It is the death of a person who worked on the estate, and we send our condolences to his family. It is covid related, and I am sure we will look at that.

We have the bizarre situation where Members have to come down here for a closure motion, and yet we can take part virtually. The hon. Member for Wellingborough (Mr Bone)—I am not sure whether he is here; he might even be taking part virtually—[Interruption.] There we are. He is dealing with the situation as it arises. Labour’s position is that we want remote voting. In that way, private Member’s Bills can take place because hon. Members can vote remotely.

I hope that the Broadcasting Unit will continue to look at the hybrid preparations for Westminster Hall. As I said, this package was agreed by the business managers who we entrusted to deal with this to keep people safe. What is the slogan that the Government are saying? Protect the NHS, and save the lives of other people—not just the lives of hon. Members, but those of the people who work here and facilitate our democracy. Labour supports the motion.”