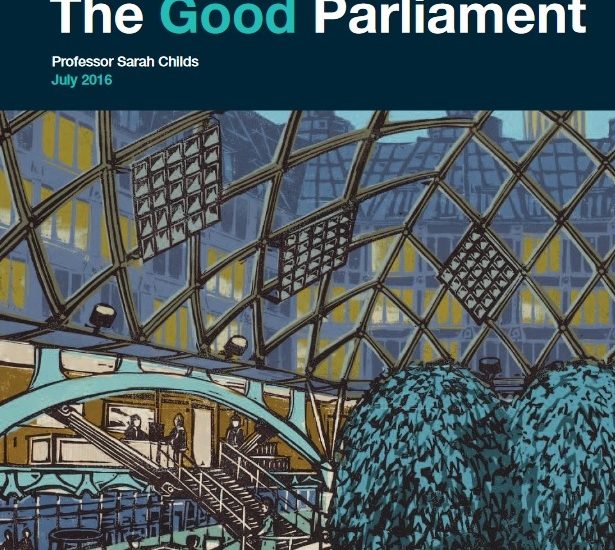 As Shadow Leader of the House, I spoke at the Westminster Hall debate on the Good Parliament Report on Wednesday 2 November 2016.

It is a pleasure to serve under your chairmanship, Mrs Moon. I thank the hon. Member for Aberdeen North (Kirsty Blackman) for securing this debate. During my first appearance at business questions as shadow Leader of the House, I asked the Leader of the House to consider having a debate on this subject, and he said that he would take it away and look at it.

I know Professor Sarah Childs. We went to the first Commonwealth Heads of Government women’s forum meeting in Malta late last year. I do not know how ​many women Prime Ministers there have been in the Commonwealth, but it is surprising that that was the first such meeting.

The report is excellent. It synthesises some of the main issues we are all talking about. Cleverly, it has three dimensions and 43 recommendations. It is impossible to do it justice in such a short time, so I hope that we will have more time to debate it. We need to separate out the issues. What struck me from reading it was that there is something for society to do—we need to change society—but the political parties and the House also have roles to play. The report provides a snapshot of where we are. I would not be standing here if many grassroots members of my party had not cajoled it to ensure that I got here. It took me 20 years to get here. I came in on an all-women shortlist, and I challenge the hon. Member for Shipley (Philip Davies) to say that I am not good enough.

In the longer term, we have to change behaviour in society, from schools to the workplace and civil society, through education and legislation. When I first came here in 2010, there had been a huge change in the number of Members, and we had an induction day. I suggest that at such induction days, needs assessments should be done of all the MPs—male and female—with families, and then, as my hon. Friend the Member for Rhondda (Chris Bryant) said, IPSA should be asked to ensure that there is enough childcare provision for those Members.

I agree that women should be allowed to breastfeed anywhere, but I am not sure that I would have liked to do it in the Chamber. Children need routine. As a lawyer, I am not sure that I would ever have done it if I went to court. There is a time and a place for it, although it is for an individual to choose. I agree with the hon. Member for Glasgow Central (Alison Thewliss), but women should be given time and space. I would actually prefer for them to have their maternity leave in that year.

I am whizzing through the report. Recommendation 3 proposes voting at the door of the Division Lobbies. That could cause confusion, because it is important for the Whips to be able to count votes. We have a family room—that is an easy win—and children could go there, but we need to get either the House or IPSA to pay for proper childcare by someone who can look after children, and we need a service for such emergencies.

On recommendation 25, we have a fantastic Secretary of State for Education, but, as usual, the woman has to do two jobs—she is also the Minister for Women. The Equality and Human Rights Commission, whose job it is to try to prevent discrimination in society, faces huge cuts. Will the Minister look at reversing those cuts if possible? The hon. Member for Ochil and South Perthshire (Ms Ahmed-Sheikh) is right that we need a level playing field. Women make up 51% of the population, and we therefore need to be represented.

Recommendation 12 goes to parties’ commitments. It is about paternity, maternity, parental, adoption and caring leave, as my hon. Friend the Member for Ellesmere Port and Neston (Justin Madders) rightly said. Given that we are going to have a great repeal Bill, can the Minister say whether all those rights that were won in Europe and that our party played a part in securing will be secured?

Recommendation 29 is about language. I understand that we are in a situation where the Clerks will decide what can and cannot be said in the Chamber. I am not ​sure whether “Erskine May” would say that one Member trashing another under parliamentary privilege was good tempered or just someone being thrown to the lions.

The hon. Member for Paisley and Renfrewshire North (Gavin Newlands) and I had the pleasure of going to Canada—it was indeed a pleasure. The Canadian Parliament is going through its own restoration and renewal process and a new Chamber is being built. More importantly, we saw the powerful image of the Canadian Prime Minister surrounded by a diverse group of Members of Parliament—a Parliament in which women have key roles. Women and men of ethnic minorities and even First Nations all have important roles in the Canadian Parliament, and the Prime Minister is sending the message that Canada is a welcoming, tolerant and inclusive society.

The report needs to be looked at carefully, not dismissed or put on the shelf. If the Minister looks at page 2, he will see that a lot of different groups will have to respond to the recommendations. Will he comment on whether one main body, perhaps in the Cabinet Office, could track those recommendations, perhaps using a Gantt chart? It is important that we do not lose sight of them, since they are all very good.

Finally, we should consult Members. Things are sometimes done in committees for which Members feel that they do not have responsibility, but when my right hon. Friend the former Member for Lewisham, Deptford looked at changing the hours of the House, we had a consultation. Members were involved and different motions were tabled. The Youth Parliament will sit next week, which will give us an opportunity to show our young people that they, too, can become Members. Once again, I thank Professor Sarah Childs and hope she understands that we appreciate the hard work that has gone into the report.