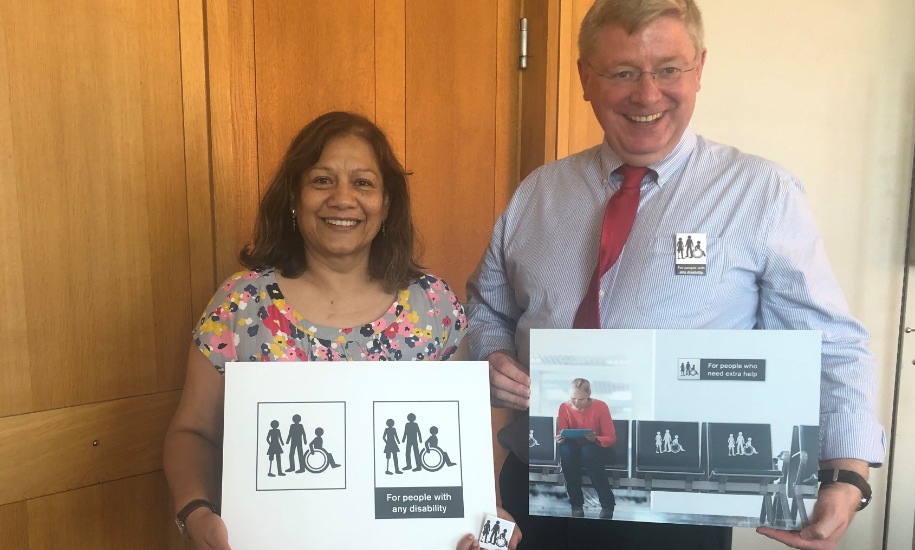 I attended an event in Parliament on Tuesday 23 July 2019 to show my support for a newly launched symbol designed to represent a range of visible and invisible disabilities.

This newly launched symbol has been designed to be easily recognisable and represents a range of both visible and invisible disabilities. It has been designed by Lucy Richards, in partnership with the Scottish charity the Life Changes Trust.

One of the catalysts for the creation of this sign was the horrendous abuse a young constituent received whilst queuing for a disabled toilet. Grace Warnock, who has Crohn’s disease, was abused because her condition, like many others’, is not visible.

This is sadly a common occurrence:

Grace is now the ambassador of a new campaign to promote the ‘Any Disability’ symbol which has been designed with the aim of being recognised by the British Standards Institution as the generally accepted sign for accessible facilities, including toilets, parking areas and assistance points.

Inclusive signage sends a powerful message that not all disabilities are visible. 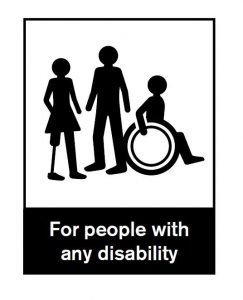