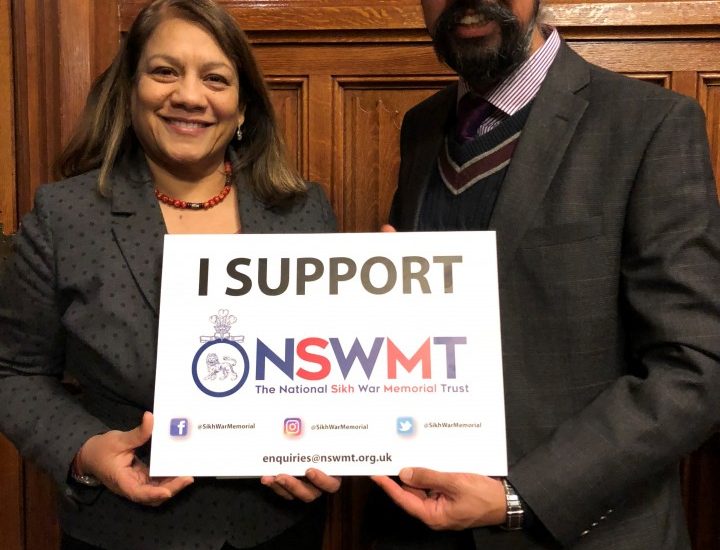 I supported Tan Dhesi MP’s campaign to create a permanent national monument in London to commemorate the extraordinary bravery and sacrifices of Sikh soldiers.

Despite Sikh’s making up only 2% of the Indian population when the First World War broke out, Sikhs accounted for more than 20% of the British Indian Army. More than 83,000 turbaned Sikh soldiers laid down their lives and more than 100,000 were injured during both World Wars.

It is important that we honour those who made or were willing to make the ultimate sacrifice for the freedom of our country. A memorial would have additional benefits for community cohesion and integration within our country.

I am pleased to hear that at the launch of the campaign it was announced that £375,000 has already been pledged by generous donors towards a permanent national monument, and that the Government has agreed to provide funding towards the project once an appropriate site has been identified.