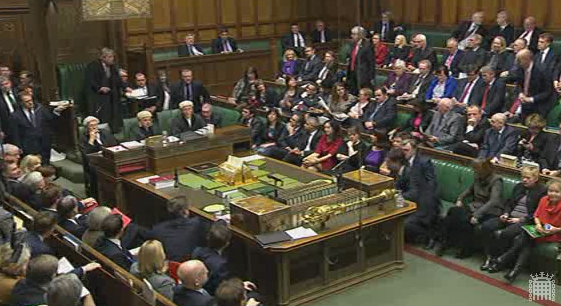 On Tuesday 16 October 2014, Valerie voted for the Equal Pay (Transparency) Bill.
Valerie said:
“The Bill, which was presented by Sarah Champion MP, calls for employers with more than 250 staff to publish the difference between male and female pay.”
“Analysis by HM Opposition Labour Party of the Office of National Statistics’ annual survey of hours and earnings show that women earned an average of £209,976 less than their male counterparts.”
“The Bill, supported by HM Opposition was passed by 258 votes to 8.”
Summary of the Equal Pay (Transparency) Bill 2014-15:
A Bill to require the Secretary of State to make Regulations under Section 78 of the Equality Act 2010 to require employers of more than 250 employees to publish information relating to the pay of employees for the purpose of showing whether there are differences in the pay of male and female employees; and for connected purposes.
More information about the Equal Pay (Transparency) Bill 2014 can be found here: http://services.parliament.uk/bills/2014-15/equalpaytransparency.html