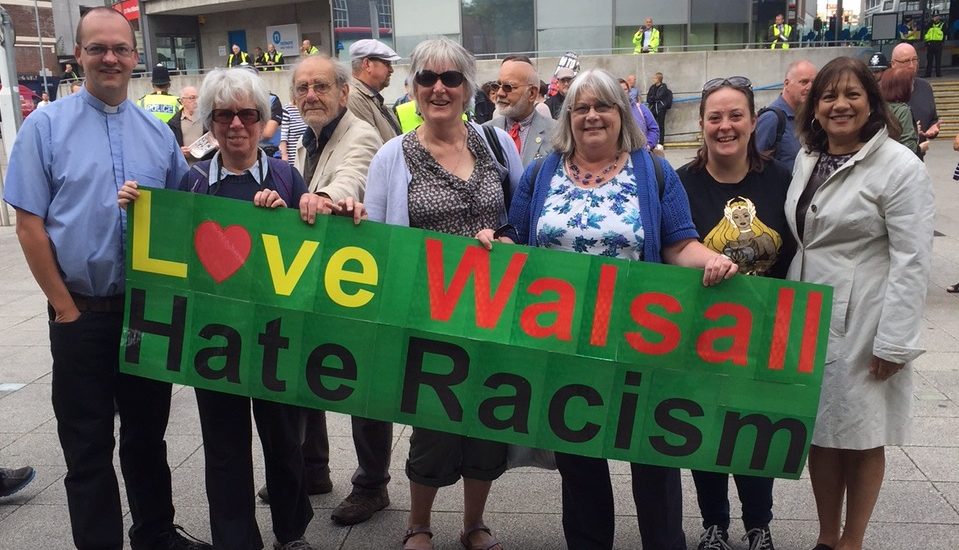 The Union of Shop Distributive and Allied Workers (Usdaw) has pledged to promote the ‘It’s our NHS’ and ‘Stand up to Racism’ demonstration rallies that are taking place in March 2017. I support both rallies.

According to the annual population survey, between October 2015 and September 2016 530,000 people of Black, Asian, Minority or Ethnic (BAME) background were working in retail. Usdaw have developed a good working relationship with many small business and supermarkets in Walsall South.

The ‘Stand up to Racism’ rally will coincide with the UN’s Anti-Racism Day, a global day of action against racism in all its forms, and take place in Central London on Saturday 18 March 2017. There has been a rise in racist attacks and derogatory behaviour towards people of different races and religions. This appears to have increased following the Brexit vote and the election of Donald Trump in the US.

The ‘It’s our NHS’ rally is in protest at NHS services being under threat as a result of the Government’s austerity measures. Years of pay restraints has seen the value of NHS staff salaries reduced by 14% since 2010. The rally began outside the headquarters of private health provider Virgin Care on Saturday 4 March 2017, and then progressed through Central London and on to Parliament.

Usdaw is one of Britain’s largest trade unions with over 433,000 members nationwide. I recently supported the Usdaw campaign against the Sunday Trading Bill. I also joined shop workers as part of the Usdaw ‘Freedom From Fear’ campaign, which seeks to prevent violence, threats and abuse that is directed at retail staff.

To find out more about the demonstration rallies in March 2017 visit the following link: http://www.usdaw.org.uk/About-Us/Events