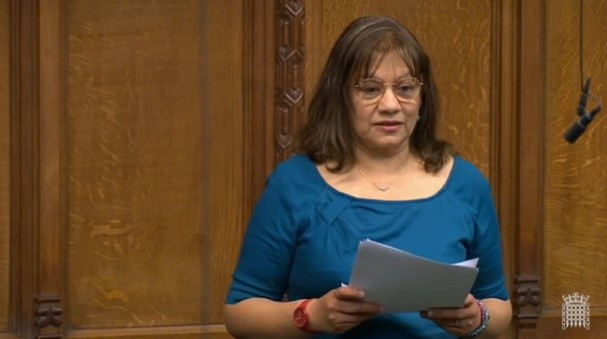 “On Wednesday 26 May 2021 I secured an Adjournment Debate to raise concerns about the decision making by Walsall Council to build a Gypsy Roma & Traveller (GRT) transit site on Narrow Lane, Pleck and I am calling on the government Minister to investigate how this decision was made.

Walsall Council’s decision was flawed as it failed to take steps to properly inform itself; took into account irrelevant considerations and failed to take account of relevant ones; and was tainted by apparent bias of a key decision maker, a legal opinion has confirmed.

Walsall Council’s Cabinet agreed the Narrow Lane GRT transit site before carrying out any consultation with local residents or stakeholders despite the fact the Council’s own rules on decision making highlight the importance of consultation. Local people have been shut out of the decision-making process.

Walsall’s Site Allocation Document, which was widely consulted on and approved by the government’s Planning Inspector in 2019, identified 3 sites in North Walsall for new traveller sites.  No explanation has been given as to why one of these sites was not chosen, especially as the Council owned Dolphin Close site seems ideal. How Narrow Lane became the only site considered by the cabinet is inexplicable.

The fact that Councillor Adrian Andrew, Deputy Leader of the Council, who brought the proposal to the cabinet failed to disclose a registerable pecuniary interest that in my view reveals a massive conflict of interest and a source of bias leaves many questions unanswered.

The Narrow Lane site is environmentally unsuitable for a GRT transit site owing to the severe air pollution which would place serious health risks on children and families living in vehicles and caravans.  It is adjacent to the junction of Darlaston Road and Old Pleck Road, two busy A Roads and suffers from extremely poor air quality – a criteria Walsall Council has stipulated must be used in determining that locations/sites are not suitable for traveller’s sites. Walsall Council’s own document Air Quality – Walsall Nitrogen Dioxide Areas of Exceedance 2020 clearly identifies the Junction and area surrounding Pleck as a Nitrogen Dioxide Exceedance Area.

My constituents in Pleck have had their rights trampled on by Walsall Council. The selection of the Narrow Lane site was wrong and the planning application should be immediately withdrawn.

The Nolan principles of objectivity, openness and accountability appear entirely lacking in this decision and its scrutiny.  I asked the Minister to intervene to carry out an investigation into the way Walsall Council make their decisions.”