Valerie Vaz MP: “The NHS has been quangoed” 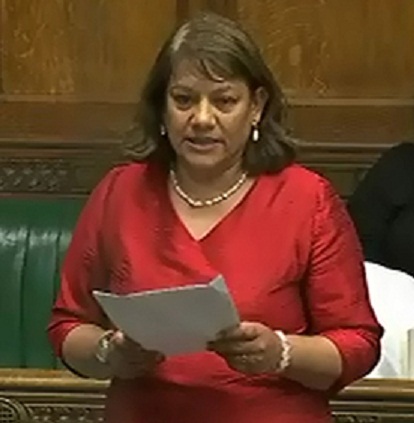 On Wednesday 7th September 2011 Valerie voted against the government’s

at its third reading in the House of Commons.

Valerie, who is a member of the House of Commons Health Select Committee, said:

“This is a reckless, unnecessary and wasteful reorganisation of the NHS.  I have received a very large number of e-mails and letters from constituents on this important issue and I know how concerned local people are about the Government’s proposals.

“The Government’s plans will break up the NHS as a national public service and are fundamentally weakening the Health Secretary’s responsibilities.  The Bill still contains the essential elements to set the NHS up as a full-scale market based on the model of the privatised utilities.

“The NHS commissioning board is going to be the new Secretary of State for Health, with all the powers but none of the accountability. The NHS has been quangoed.

“The Secretary of State is hiding not only behind the Future Forum but behind the NHS commissioning board. He is like Macavity the mystery cat: ‘At whatever time the deed took place—MACAVITY WASN’T THERE!’

“These are not reforms: they are a complete dismantling and looting of our precious resource. This is not selling off the family silver, but selling off the whole estate, the freehold and the family crest.  This is already happening in Walsall South and this is what it will be like throughout England. The out-of-hours GP and urgent care service provider Waldoc has just lost the contract to provide out-of-hours services after 16 years, without a right of appeal to the strategic health authority and despite a patient satisfaction rate of 95%. When the contract was lost and staff turned up to find out whether they had jobs, they did not even know whether they would have a job the next day. That is how they have been treated. This has been happening in most PCTs.  People have left, vital expertise has gone and no one from the Government side has been able to give us a figure for the redundancy costs. When I asked the Minister how much this whole reorganisation would cost, he said he did not know the figure and that there was no new money. That must mean that money has come out of services.

“I have consistently voted against the Bill and I am very disappointed that it was passed.  I will continue to fight against the dismantling of our National Health Service.”

The transcript of Valerie’s speech can be read by clicking here.