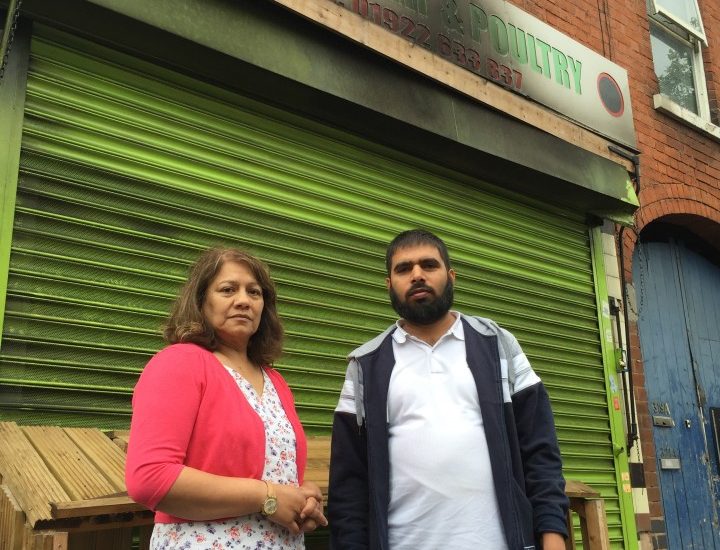 On Saturday 16 July I met with Jamal Hussain the owner of Kashmir Meat & Poultry to offer my support. The butchers was left badly damaged in a fire-bomb attack on Monday 27 June 2016. Mr Hussain escaped injury, but it could have been much more serious. I saw the catastrophic damage that the fire had caused, you could still smell the damage.

The fire damage has forced Mr Hussain to close down the business. When I met with Mr Hussain he was still in shock and was concerned that he can no longer financially support his family. I told Mr Hussain I will raise his concern and find him available support and funds so he can return to his normal life.

I raised this in the House of Commons at the Hate Crime statement on Wednesday 29 June 2016: “On Monday, an incendiary device was thrown into a halal butchers shop in Wednesbury Road, Pleck, in my constituency—there is a photograph in The Guardian today of the inside of the shop. Will the Minister confirm how much extra funding will be available for local police forces so that they can investigate and tackle such crimes?”. I will follow this up with the new Minister and the Minister at DCLG who have written to MPs about support available to victims.

You can support Mr Hussain and donate to a fundraiser here: https://www.gofundme.com/2brp824