I was delighted to welcome the Leader of HM Opposition Jeremy Corbyn to Walsall on 13 August 2018 to visit the Accord factory to speak to staff and observe the manufacturing process. We also met with Accord bosses and visited a family who have moved into their new house.

From left to right in the picture below is the Chief Executive of Accord Chris Handy, Labour Party Prospective Parliamentary Candidate for Walsall North Gill Ogilvie, Jeremy Corbyn, residents in their new home, and Executive Commercial Director at Accord Alan Yates. 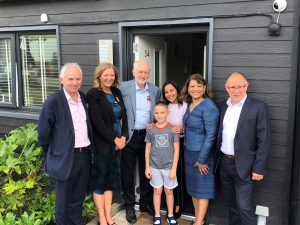 I am pictured below with Head of Manufacturing at Accord, Jason Powell. 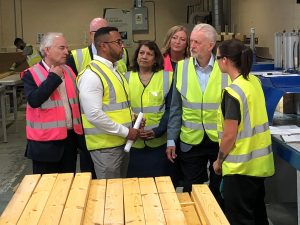 Accord made history five years ago when it became the first housing association in the country to open a factory manufacturing low carbon advanced housing manufactured (AHM) timber homes. In 2012 I visited the first of these low carbon timber homes constructed by Accord at Whitworth Close in Darlaston with the former Shadow Housing Minister Jack Dromey MP. 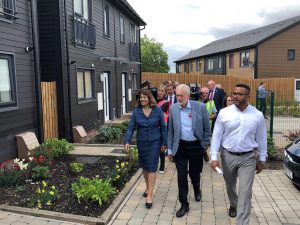 The Government has presided over eight years of failure on housing. Home-ownership is down sharply, with a million fewer households under 45 owning their home than in 2010, the lowest rate of home ownership in a generation, and the number of new low-cost homes to buy has halved since 2010.

The building of new social rented homes is now at the lowest level since records began. The number of people sleeping rough on the streets has more than doubled since 2010 and over 120,000 children are without a home in temporary accommodation. The Secretary of State for housing has now conceded that much of the Government’s £100m fund to eradicate rough sleeping in the next decade is not new money but has been ‘reprioritised’ from existing budgets. 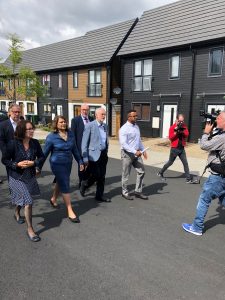 You can find out more about the Accord Group on its website here.