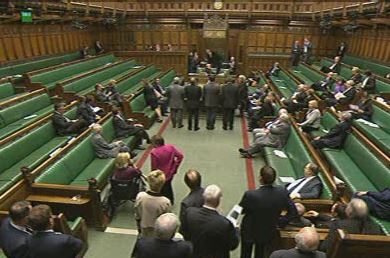 On Thursday 13 March 2014, Valerie voted for the motion calling on the Government to stop the badger culls which are currently underway.

“I was pleased that this motion was passed 219 Ayes to 1 Noes. I have always been opposed to the Badger Cull. It has been a waste of public money and there is no evidence for it. The Independent Expert Panel created by the Government has concluded, the culls were “ineffective and failed their humanness test.”

That this House believes that the pilot badger culls in Gloucestershire and Somerset have decisively failed against the criteria set out by the Department for Environment, Food and Rural Affairs in guidance to Natural England for licensing of the culls, which stipulated that 70 per cent of the badger population should be culled within a six-week period; notes that the costs of policing, additional implementation and monitoring, and the resort to more expensive cage-and-trap methods over an extended period have substantially increased the cost of the culls, and strengthened the financial case for vaccination; regrets that the decision to extend the original culls has not been subject to any debate or vote in Parliament; further regrets that the Independent Expert Panel will only assess the humaneness, safety and effectiveness of the original six-week period and not the extended cull period; and urges the Government to halt the existing culls and granting of any further licences, pending development of alternative strategies to eradicate bovine TB and promote a healthy badger population.