HomeNewsValerie votes in favour of Cancelling the Universal Credit cut

Valerie votes in favour of Cancelling the Universal Credit cut 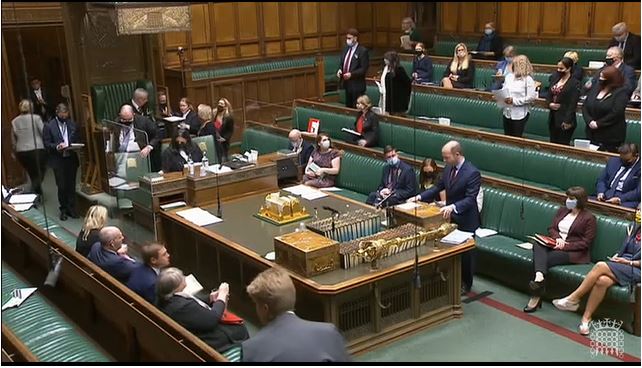 Two Opposition Day Debates were held on Wednesday 15 September 2021. The first debate was on the Government’s plan to cut Universal Credit and Working Tax Credit by £20 a week.

The Government announced a 12-month £20 increase in Universal Credit and Working Tax Credit at the onset of the Coronavirus crisis. This is a clear admission from the Government that the level of support offered by the social security was inadequate to see us through the crisis. In the Budget in March, the Chancellor announced a 6-month extension to the uplift until the end of September 2021. On 7 July 2021, the Secretary of State for Work and Pensions confirmed that the Government were continuing with the planned cut. 1 in 14 British workers claim Universal Credit many of which were the key workers who got us through the crisis.

HM Opposition support keeping the uplift in place until we can replace Universal Credit with a compassionate social security system that is there to support everyone when they need it. In September 2020, analysis by the Joseph Rowntree Foundation (JRF) found that the withdrawal of the uplift will risk bringing 700,000 more people, including 300,000 more children into poverty. It could also bring 500,000 more people into deep poverty (classified as being more than 50% below the poverty line). 5 million families claim Universal Credit, including over 3.5 million children. Combined with those claiming Working Tax Credits, this cut will impact 6.2 million families.

The full text of the Opposition motion was: “That this House calls on the Government to cancel their planned cut to Universal Credit and Working Tax Credit which from September will reduce support for hardworking families by £1,040 a year.”   The Government votes against this motion and it was defeated by Ayes: 253 – Noes: 0