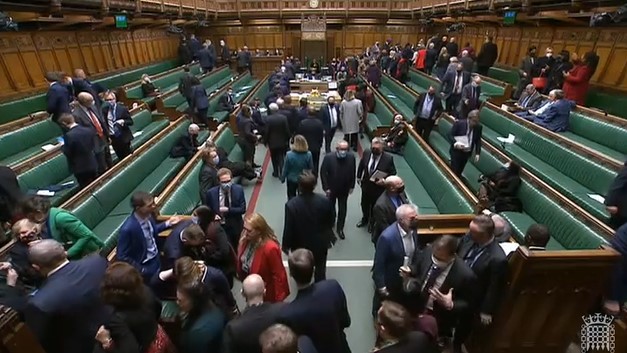 The Commons debated the Lords’ amendments to the Armed Forces Bill on Monday 6 December 2021.

“(4A) Guidance under subsection (3)(a) must provide that where offences of murder, manslaughter, domestic violence, child abuse, rape or sexual assault with penetration are alleged to have been committed in the United Kingdom, any charges brought against a person subject to service law shall normally be tried in a civilian court unless, by reason of specific naval or
military complexity involving the service, the Attorney General consents to trial by court martial.”

The second vote was on Lord’s amendment 2 on Clause 8 which related to the Armed Forces Covenant:

I voted against this motion. The motion was carried: Ayes-305 and Noes-215.