HomeNewsValerie votes on the Health and Care Bill

Valerie votes on the Health and Care Bill 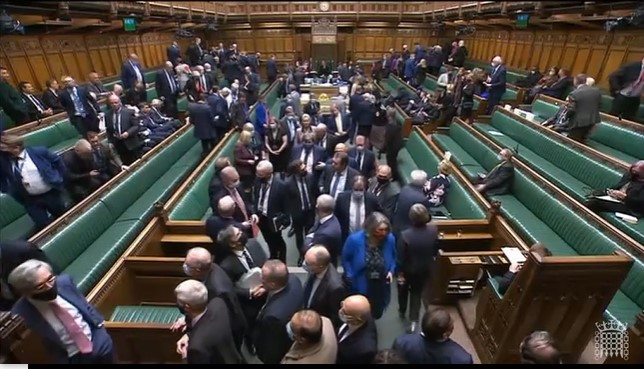 The main contention was the care cap which would mean local authority contributions would not go toward funding the cap. I voted against this clause. It will leave the poorest pensioners worse off and will mean that many may need to sell their homes in order to fund care. Clause 49 of the Bill was agreed : Ayes: 272 and Noes: 246

I also voted in favour of an amendment on NHS contract regulations to ensure fair and transparent procurement processes but this was lost.  Ayes: 195 and Noes: 302

A further amendment that would ensure private providers of healthcare are not appointed to NHS decision-making boards was rejected : Ayes: 192 and Noes: 300. This is alarming. Our NHS should not not be controlled by private interests.

On Day 2,  the House considered the remaining stages of the Bill. The Commons voted on an amendment which would independently assess NHS staff numbers and shortages:

“This amendment would require the Government to publish independently verified assessments every two years of current and future workforce numbers required to deliver care to the population in England, based on the economic projections made by the Office for Budget Responsibility, projected demographic changes, the prevalence of different health conditions and the likely impact of technology.”

I voted in favour of the amendment but the vote was lost :  Ayes: 219 and Noes: 280. In October 2021,  the Health Foundation estimated that over a million more health and care staff are needed in the next decade to meeting growing demands. This amendment would have ensured that the Government can better and accurately track workforce numbers within our health service so that people receive timely and appropriate care.

A further amendment that would ensure that the Health Secretary would need to obtain the consent from the relevant devolved government before powers to make regulations under the Act in an area falling within the legislative competence of a devolved institution, are exercised was also lost. I voted in favour of the amendment.  Ayes: 239 and Noes: 311

The House then voted on whether the Bill should be given a Third Reading.  Ayes – 294 and Noes – 244. I voted against a Third Reading. This Bill poses a threat to our health and care services. It does not address or provide solutions for staff shortages or unfair contract awards. It also does not offer an adequate strategy for our care sector and instead leaves our pensioners worse off.