@Darlo 1874 won the Playoff Final against Stapenhill 2-1 on Saturday 7 May 2022 with an outstanding goal in the 96th minute. Darlaston 1874 have won promotion to the Midland League Premier Division. It was an exciting game and difficult for Darlaston after their midweek match. Again a record crowd of over 500 supporters watched this important match in Darlaston’s history. No one at the match forgot Leon Taylor a key player who sadly passed away last winter. 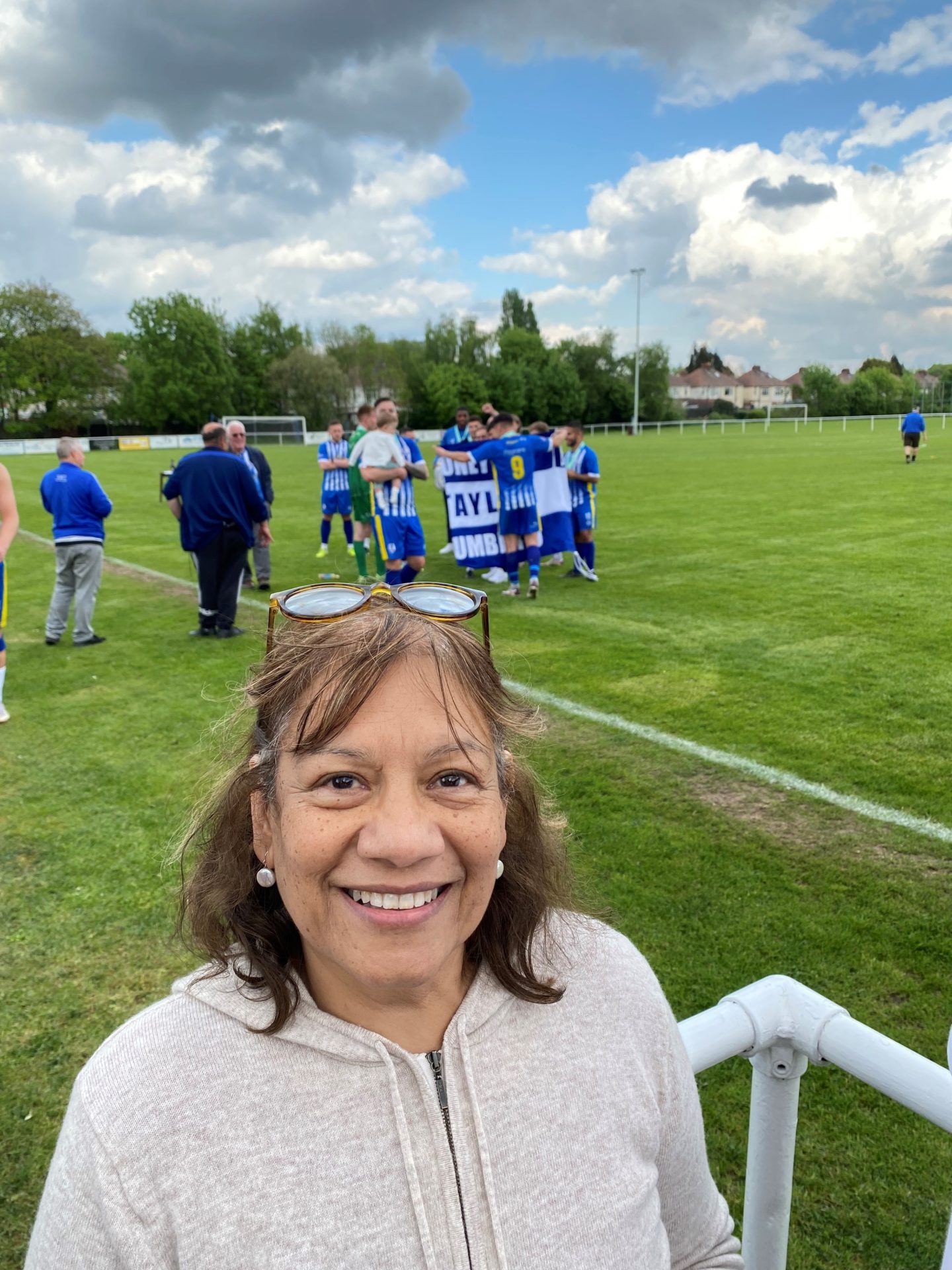 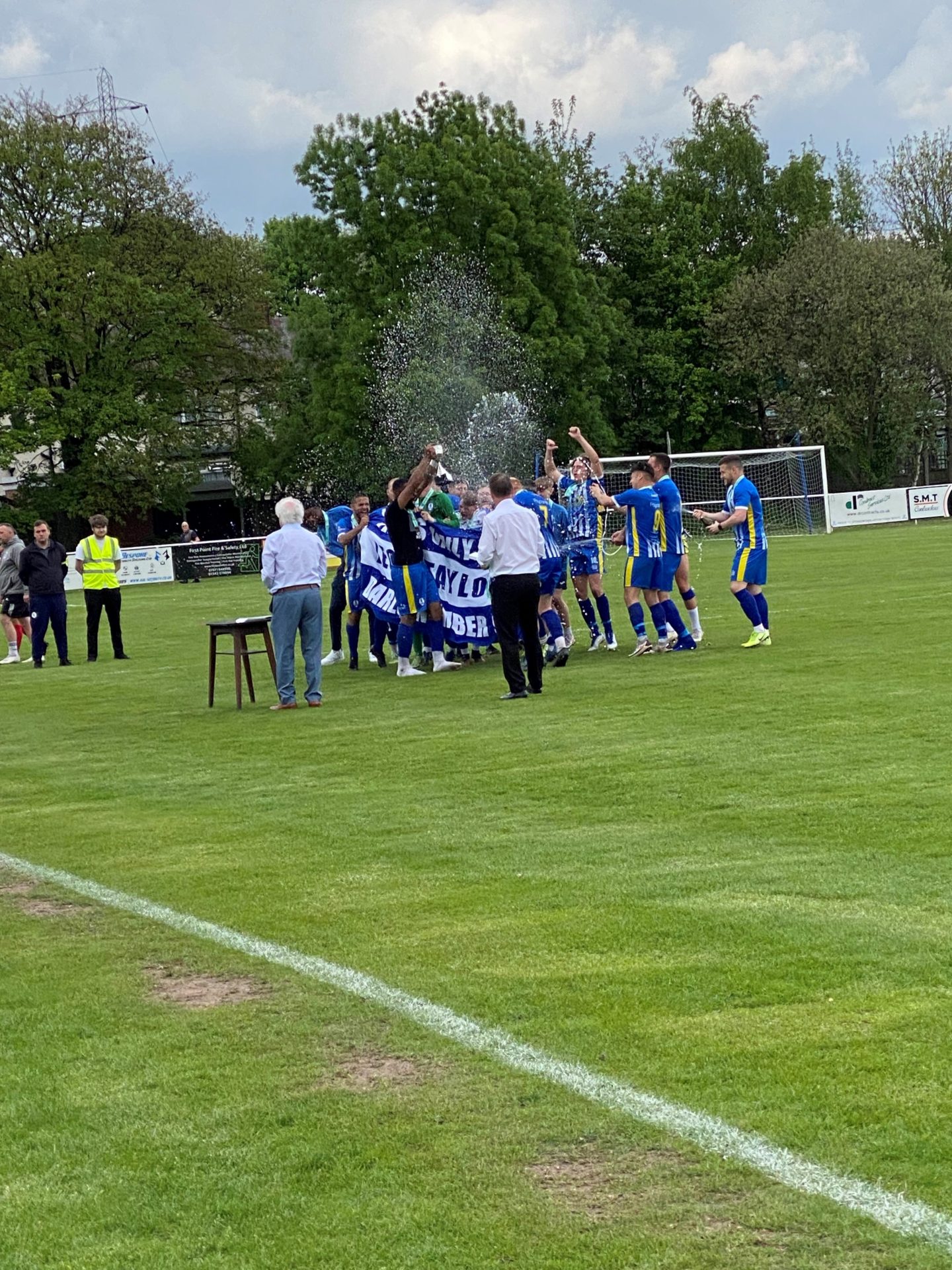 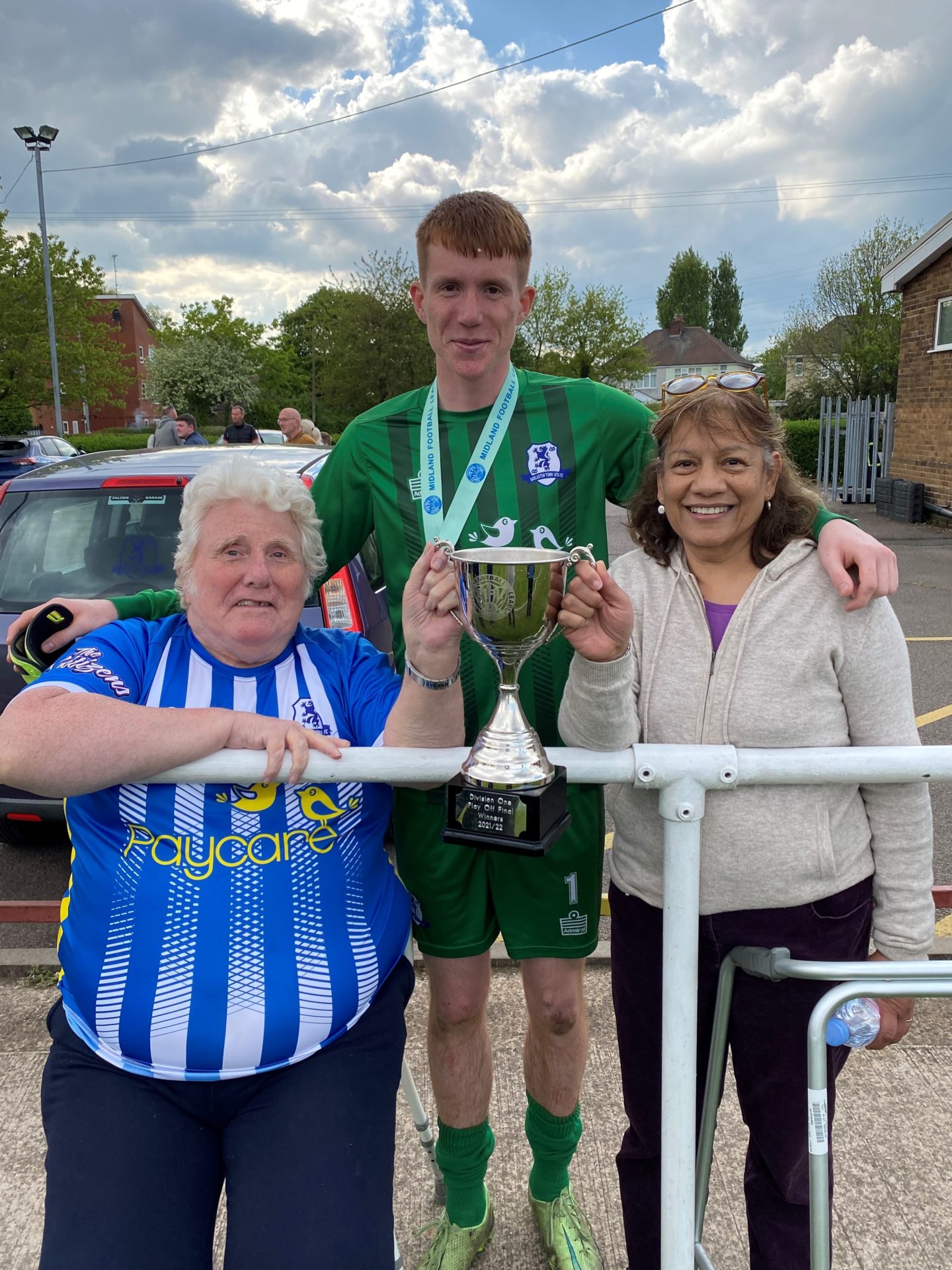 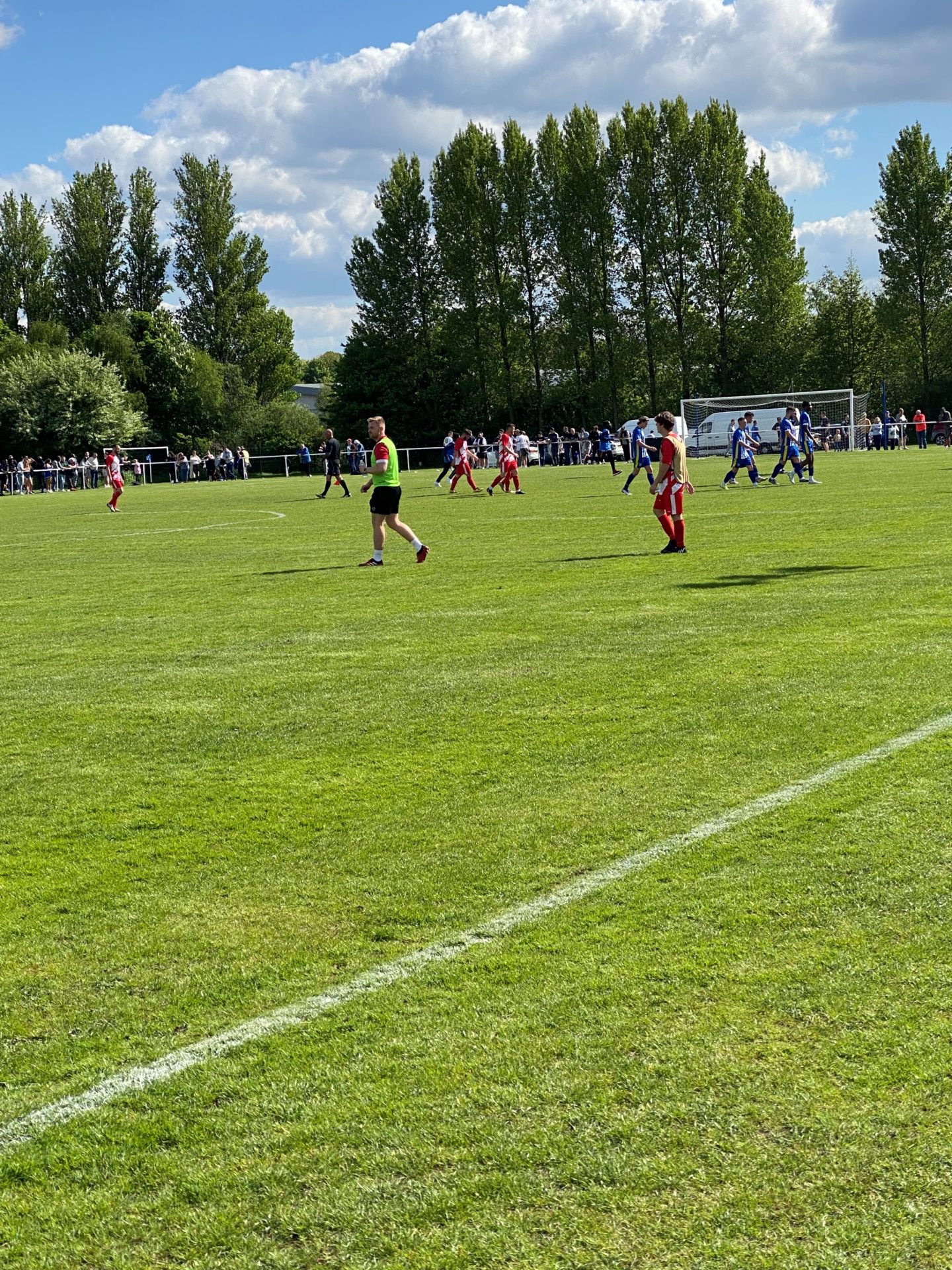 The family of former Darlaston striker Leon Taylor were in the crowd to watch the game. The team’s performance was a fitting tribute to Leon, who passed away in November 2021. 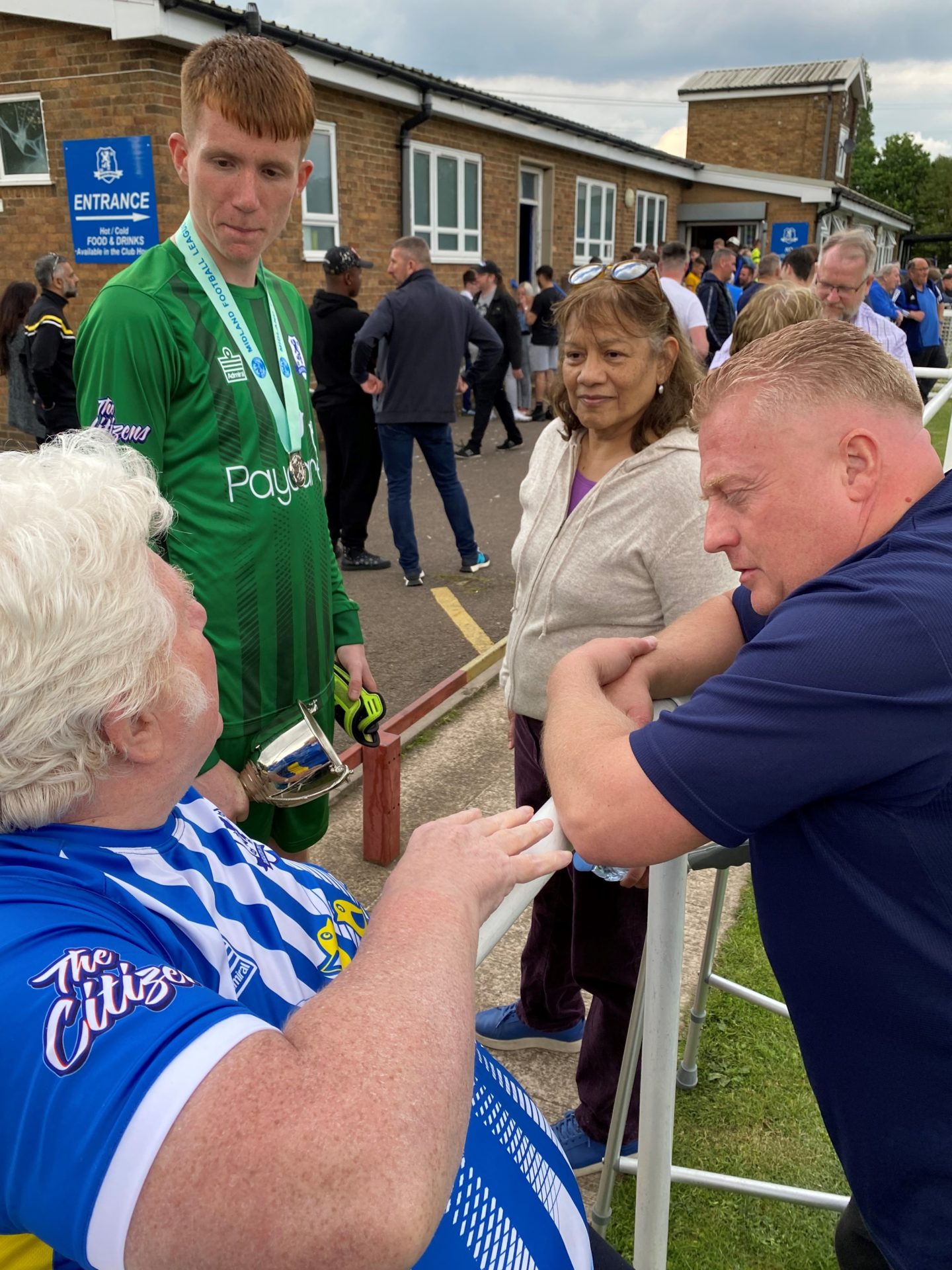 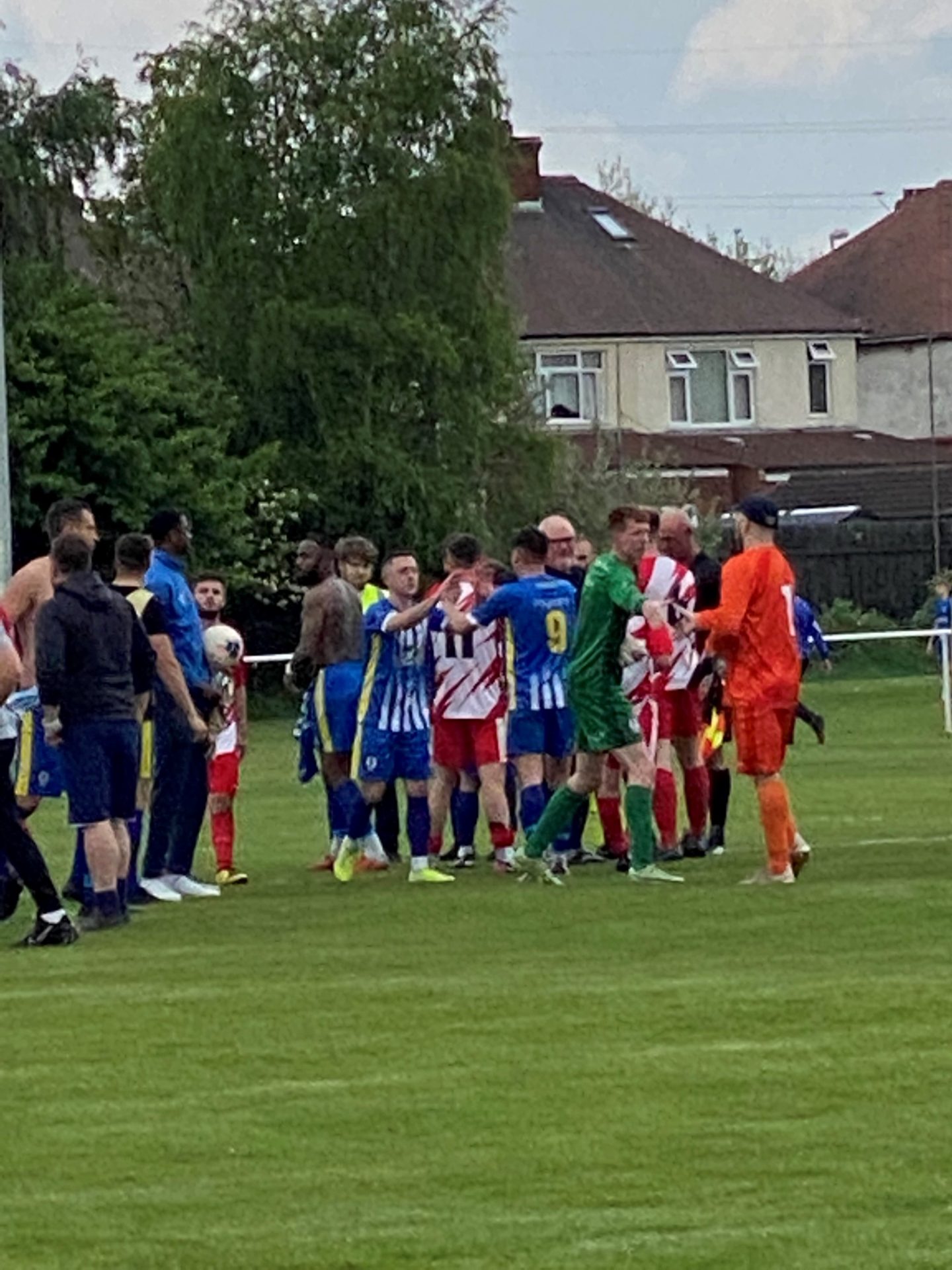 Darlaston taking their place in the Premier Division will be the first time in the club’s 184 year history that they will be playing in Step 5 of the National League system. This is extraordinary only years after the club had to close. Congratulations to everyone involved at the club on their victory. 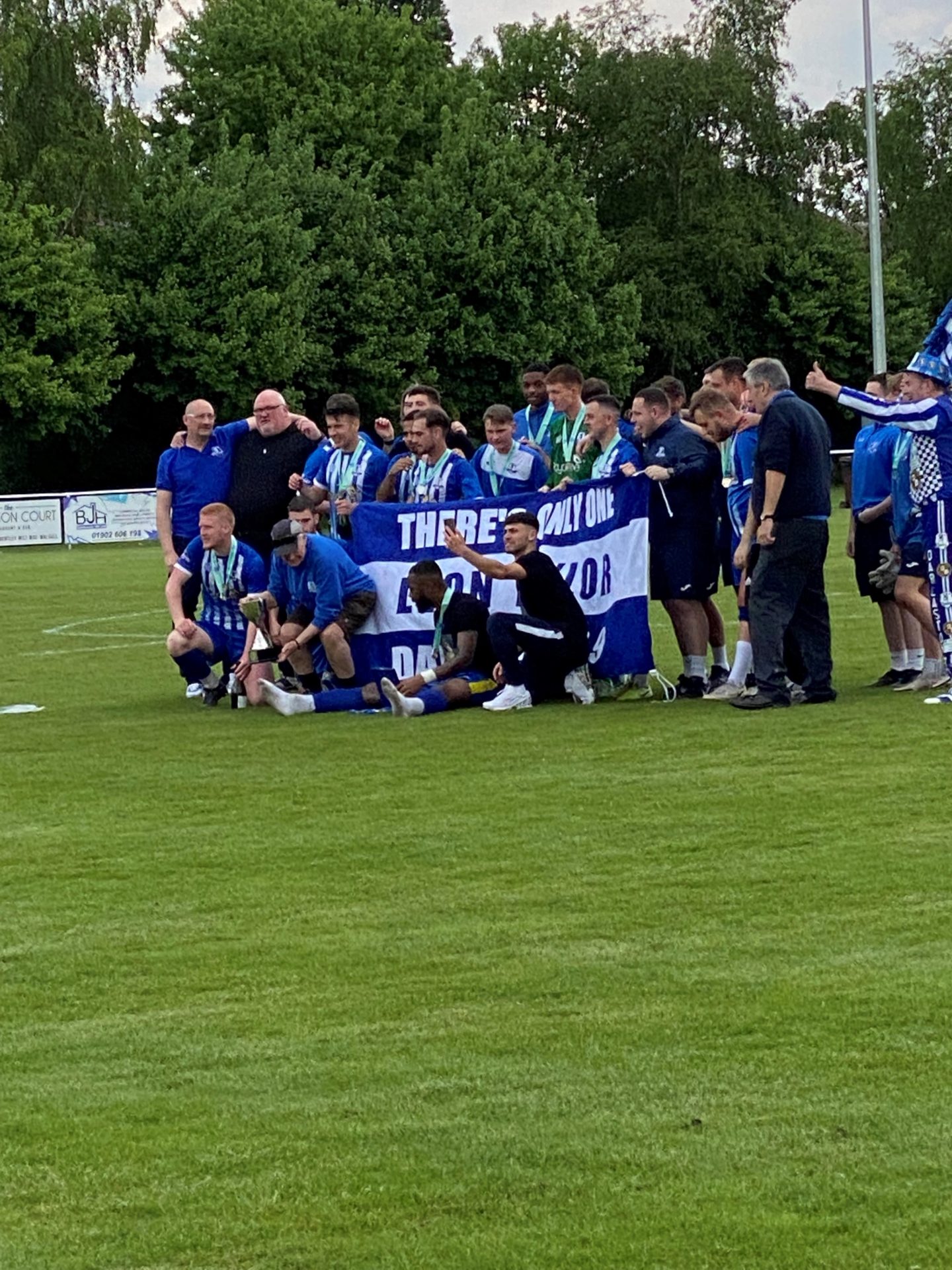 The team with Chair Neil Chambers and Coach Dean Gill