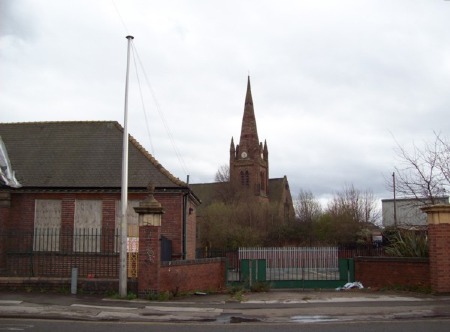 “I am delighted that Walsall Council has listened to my views and those of  local residents and decided not to sell the former Moxley Infants School site to the Probation Trust.”

“Local residents were overwhelmingly opposed to the plans. I received a substantial volume of correspondence from constituents regarding this matter and all were against the proposals.”

“I was informed by the Staffordshire and West Midlands Probation Trust in January 2012 of its intention to purchase the former Moxley Infants School site for the purposed of constructing a 40 bed Approved Premises. The Approved Premises was to house offenders released from prison on licence, including those convicted of the most serious crimes.”

“I was concerned that a development of this kind would be wholly inappropriate for a residential area where lots of young families live. I called an urgent meeting with the Chief Executive of the Trust to find out more about the plans.”

“The Probation Trust had no strategy in place to consult with local residents. I made it clear to Mr Maiden that local residents had a right to be consulted on such a significant development in the area and urged him to hold a series of public meetings.”

“After the meeting, I wrote to more than 1,700 residents in the area around the Site to inform them of the facts about the development. I was concerned that neither the Probation Trust nor Walsall MBC had contacted local residents about the plan.”

“Following news that Walsall MBC was to put the former Moxely Infants School site on the market with a development brief for residential use, I wrote to the Chief Executive of Walsall MBC to seek clarification as to whether an Approved Premises would constitute a residential use.”

“The news that an Approved Premises would not constitute a residential use means the proposals will now not go ahead. This shows that when local residents work together to defend their interests, they can make a difference, even when it appears that the decisions have already been taken.”

A copy of Valerie’s letter residents can be read here.