HomeNewsValerie welcomes a delegation from Mongolia

Valerie welcomes a delegation from Mongolia 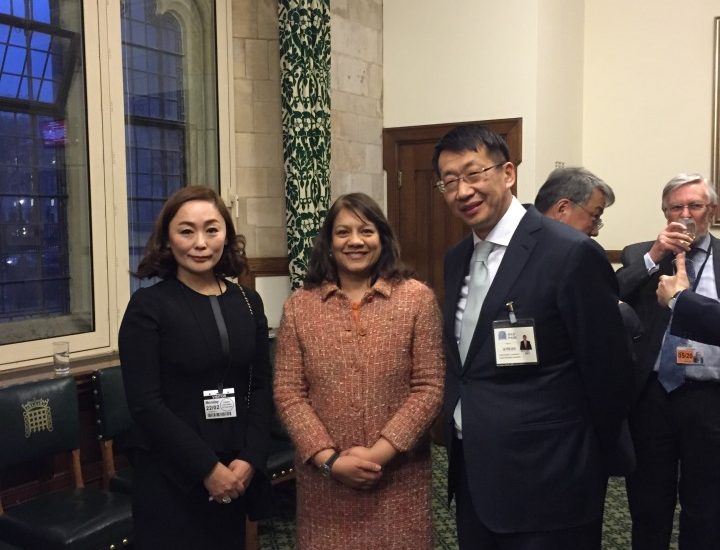 I attended a welcome reception for the delegation from Mongolia, which was led by Mr Amarjargal Rinchinnyam, the former Prime Minister of Mongolia. He served as Prime Minister from 1999-2000, and was previously Foreign Minister. He was attending Parliament as a guest of the British Group Interparliamentary Union on Monday 22nd February 2016.

The above picture shows the new MP Mr Enkh-Amgalan Luvsantseren, and Mrs Luvsantseren. The delegation is due to sit in on Prime Minister’s questions on Wednesday, and will hear from other groups about how parliament works.

The first multi-party elections took place in Mongolia in 1989, after the fall of the Soviet system. The next parliamentary elections will be held on 29 June 2016.