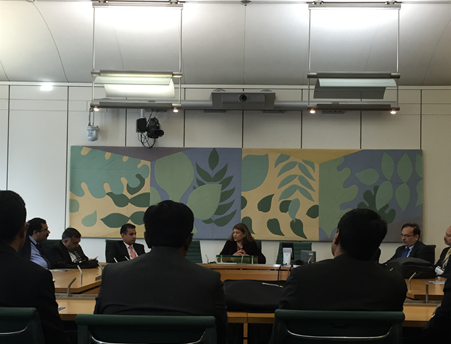 On Thursday 23 September 2016, I welcomed a delegation of Indian Civil Servants to Parliament.

I gave a speech on the role of an MP. I talked about how MPs balance various commitments and prioritise their time between their constituencies, Westminster and other political and personal pressures. I also discussed the relationship between the party and the MP and how the role of a backbencher differs from that of a frontbencher.

I answered questions at the end of my speech before giving a tour of Westminster Hall and the House of Commons. The role of the Select Committee and PMQs were topics that were discussed. In Westminster Hall, I showed the delegation, the New Dawn contemporary sculpture which was created by artist Mary Branson to celebrate the campaign for women’s suffrage.