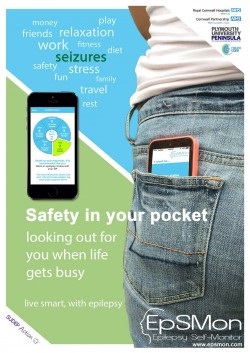 Regular readers will know that I have fought hard for better care and support of people with epilepsy since becoming an MP and I was Chair of the All-Party Parliamentary Group (APPG) on epilepsy before Parliament was dissolved for the general election.

During National Epilepsy Week (17th – 23rd May) I was pleased to see the launch of the new SUDEP and Seizure Safety Checklist to help both health professionals and patients manage the condition. You can find information on it at www.sudep.org/checklist.

A mobile app that can help people with epilepsy self-monitor in between visits to doctors is also due to be available soon and you can find more on that at
www.sudep.org/epilepsy-self-monitor.

SUDEP stands for sudden unexpected death in epilepsy. The UK has 600,000 people with epilepsy and their risk of sudden death is 20 times higher than the general population but almost half of those deaths could be avoided according to experts – a point I highlighted in a speech in Parliament in February which you can find here.

A major study found that that only 20% of people with epilepsy who died suddenly had been in contact with specialist services in the previous year even though there were warning signs present such as an increase in seizure frequency.

The SUDEP safety checklist monitors factors such as duration of epilepsy, seizure frequency and intensity, psychological factors such as depression or anxiety, recent medication changes, alcohol intake or sleep disturbance.

The evidence from a pilot project in Cornwall showed that rather than alarming people with epilepsy by raising the risk of sudden death, patients actually welcome being properly informed about and involved in the management of their condition.