HomeNewsValerie writes to the Prime Minister on English Tuition funding

Valerie writes to the Prime Minister on English Tuition funding 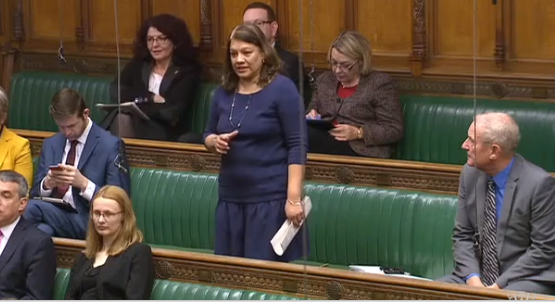 At Leader of the House Questions on Thursday 21 January 2016 I asked for the return of £380,000 funding for English language tuition to Walsall Adult and Community College (WACC) following the Prime Minister’s announcement of a £20m fund for English language tuition.
The Prime Minister’s announcement is a clear admission that the Government got it wrong in July when it withdrew funding worth £380,000 for English tuition at WACC. I raised this at Business Questions to the Leader of the House and have written to the Prime Minister to ask for this funding to be restored to WACC.
English tuition through the ESOL programme is delivered by WACC at its Whitehall Centre at Weston Street, within walking distance of the community, which is particularly important for women. WACC is an excellent college which was rated as Outstanding by Ofsted in 2012/13.
When I visited WACC’s Weston Street Centre in December and spoke with students and their tutors a tutor told me about a former student who had arrived with little or no English but following tuition at WACC had gone on to establish a successful business as a driving instructor. This shows the difference English tuition can make to people’s lives.
I wrote to the Skills Funding Agency on 30 July 2015, immediately after funding was withdrawn to ask for this short-sighted decision to be reviewed. I also raised the matter in a question to the Leader of the House on 17 September 2015 and wrote to the Skills Minister on 23 November 2015.
There is a need for English language tuition locally. The 2011 Census found that there are 2,575 households where no residents have English as a main language. This represents 6.88% of households and is well above the national average of 4.28%.
The Leader of the House said I made a strong representation on behalf of WACC and that the Minister will take this into account. I hope the Minister will now restore this funding to WACC.
Further information on WACC is available at www.wacc.ac.uk