HomeNewsVisit to RAC Headquarters in Walsall

Visit to RAC Headquarters in Walsall 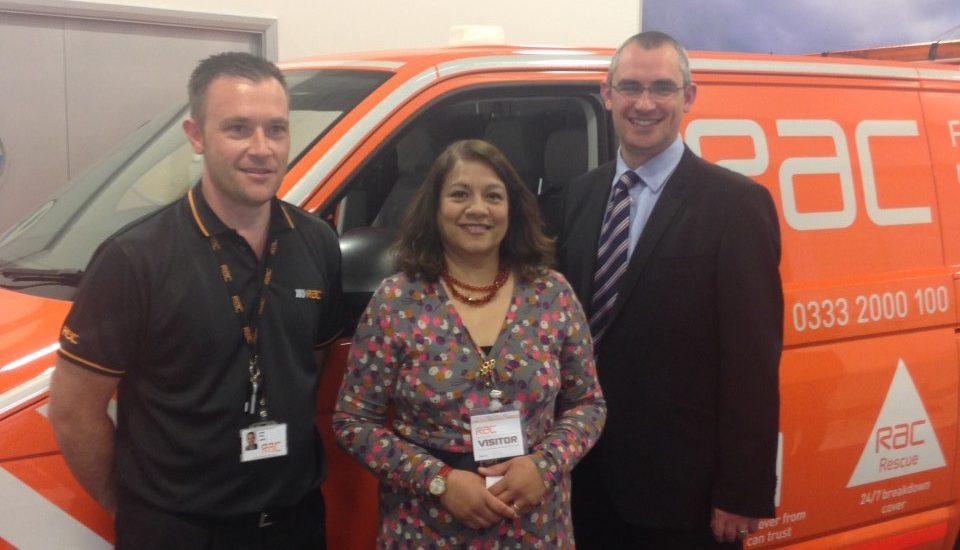 The RAC is one of the larger employers in Walsall South employing nearly 700 people. On Friday 12 June 2015 I visited the group’s headquarters at Brockhurst Crescent. I was shown around by Dan Sparks the Head of Operations at the RAC and Nick Lys the Public Affairs Manager.

There are nearly 700 people employed at these Headquarters in Walsall South. I was pleased to be able to see the Centre which has staff at the technical centre, roadside assistance contact centre and customer solutions despatch centre as well as around 470 colleagues in data and analysis. The Centre handles 2.2m customers calls for assistance a year with 9,800 calls answered on average every day. The RAC have 8.2 million members who can call on them for assistance. There is a large interactive map which shows the status of all the calls to the Centre. There are also training rooms.

Andy King showed me around a patrol van with its state of the art tools and a towing mechanism which when not in use closes up and fits neatly in the rear of the van. The “universal” tyre was also developed on the site which shows the innovation that takes place in the Centre. Some cars do not carry a spare tyre so at the roadside the RAC patrol man can fit a tyre with universal fittings which will get the member to a garage or home and then the tyre can be replaced. All this was developed as a result of knowing what the members needed.

The headquarters is an iconic part of the landscape which can be seen from the motorway and around. It is of course open 24 /7.

Further information about the RAC is available here.