HomeNewsVote Labour on 8th June to stand up for the environment

Vote Labour on 8th June to stand up for the environment 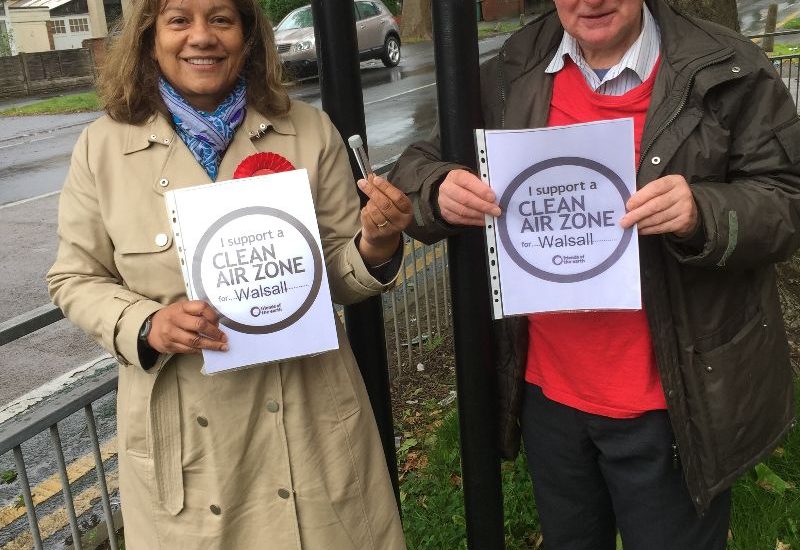 I joined a constituent on Walstead Road and Delves Crescent yesterday whilst he took down an air monitoring tube. This is one of ten air monitoring tubes that have been sampling air pollution in Walsall over the last four weeks as part of a national campaign to improve our air.

The air monitoring tubes measure the concentration of nitrogen dioxide (NO2) in the air in micrograms per cubic metre (ug/m2). The results from the tubes will give a snapshot of air quality over the sampling period and can highlight areas with high concentrations of nitrogen dioxide from sources such as traffic emissions, with diesel vehicles being a major problem.

Poor air quality can have a terrible impact on our lives, it contributes to asthma, heart disease, and even lung cancer. Children are particularly vulnerable as air pollution can affect the development of their Lungs.

Vote Labour on 8th June to stand up for the environment. Labour will: