HomeNewsWalsall FC in play-offs against Barnsley

Walsall FC in play-offs against Barnsley 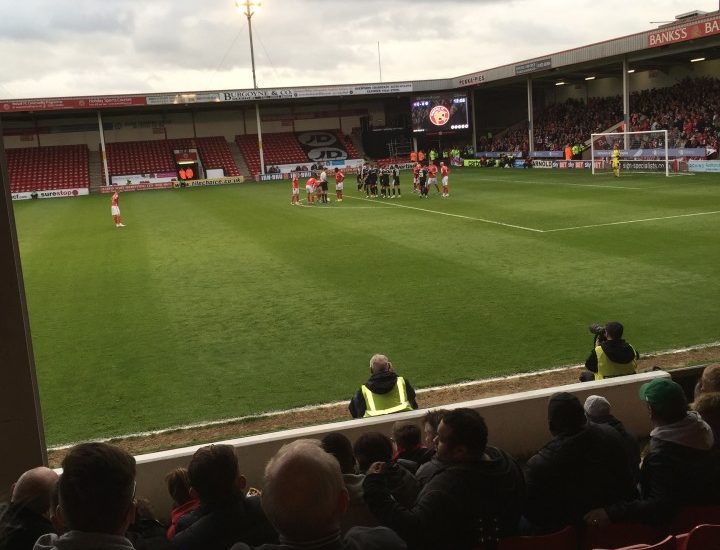 There was a crowd of 8,000 at the Banks’s Stadium as we watched the Saddlers in the FC play-off match against Barnsley on a warm Thursday evening on 19 May 2016. The photo shows the free kick to the Saddlers on the edge of the box.

Walsall were 3-0 behind from the first leg but started with energy. Walsall FC enjoyed plenty of possession around the box in the first half and some good saves from Neil Etheridge at the other end.

Walsall came out stronger after the break 2-0 down but the goal by substitute Jordan Cook was the best of the night as he curled it from 20 yards into the top right hand corner. Rico Henry was named Walsall player of the match. The last goal was down to a defensive mix up and does not do justice to the way Walsall tried to fight back.

At the final whistle it was Walsall 1 Barnsley 3, but 1-6 on aggregate taking Barnsley to Wembley. It was the Saddlers last game of the season but they finished 3rd in the league and 10 points ahead of Barnsley.