HomeNewsWomen in Science. No 5: Elizabeth Blackwell

Women in Science. No 5: Elizabeth Blackwell 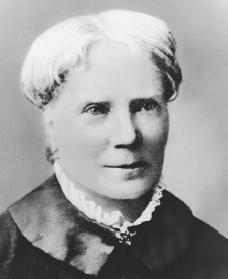 Next in the series to raise awareness of the important contributions of women in science is Elizabeth Blackwell.

Valerie tabled an Early Day Motion on Elizabeth Blackwell and Women in Science.

“That this House commends the contribution to science by Elizabeth Blackwell; notes that she was born near Bristol in 1821, and at the age of 11 moved to the United States with her family, where as a young women she consulted with several physicians about the prospect of studying medicine to meet the needs of women who would prefer to consult with a woman about health problems; further notes that she was informed that it was too expensive, and that such education was not available to women; observes that, after being rejected by all the leading medical schools to which she applied because of her gender, in 1847 she was accepted by Geneva Medical College in New York because the faculty assumed the all-male student body would refuse her admission but they voted yes as a ‘joke’; recognises that she was initially kept from classroom medical demonstrations deemed inappropriate for a woman; further recognises that in 1849 she became the first woman to receive a Doctor of Medicine degree from an American medical school, finishing first in her class, and went on to practice in clinics in London and Paris, despite being rejected from many hospitals because of her gender; notes that she returned to New York, establishing the Infirmary for Indigent Women and Children in 1857; further notes that in later life she was active in a number of reform movements including hygiene, medical education, sanitation, and women’s rights, publishing her autobiography, ‘Pioneer Work in Opening the Medical Profession to Women’, in 1895; and calls on the Government to ensure that young women, are encouraged to pursue careers in science.”