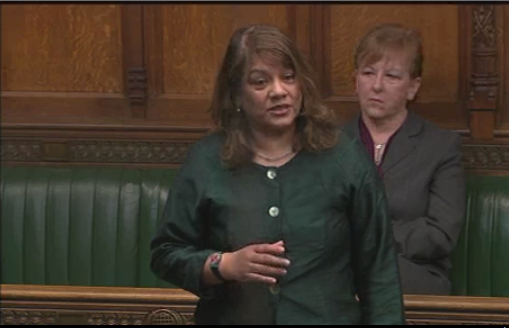 At Women and Equalities Questions on 18 April 2013, Valerie asked the Secretary of State about the lack of progress on improving female representation on Boards.
Valerie asked:
“The Secretary of State will know that the recent Cranfield report and the Davies progress report say that much more needs to be done. Does she agree with the Business Secretary, who says that there is a lack of progress and that quotas are a real possibility?”
The Minister replied:
“The Business Secretary and I helped to launch the most recent update on Lord Davies’s report. Both of us noted how much progress had been made. However, the hon. Lady is right to say that there is still much more to be done, whether in FTSE 100 or FTSE 250 firms. However, the House should note that considerable progress has been made under the Government—progress that was not forthcoming before.”

Business Secretary Vince Cable conceded in the introduction of the recently published Cranfield report [April 2013] that ‘we are continuing to see lack of any real progress being made at executive director Level in the FTSE 100. Since 2010 these figures have increased only from 5.5% to 5.8%’

The report states that in 2012 the percentage of women in Non-Executive positions was 21.5%. These positions are often non-managerial and part-time.
In his 2013 progress report, Lord Davies said that there was ‘A genuine risk [of]…women becoming sidelined into supervisory non-executive roles’