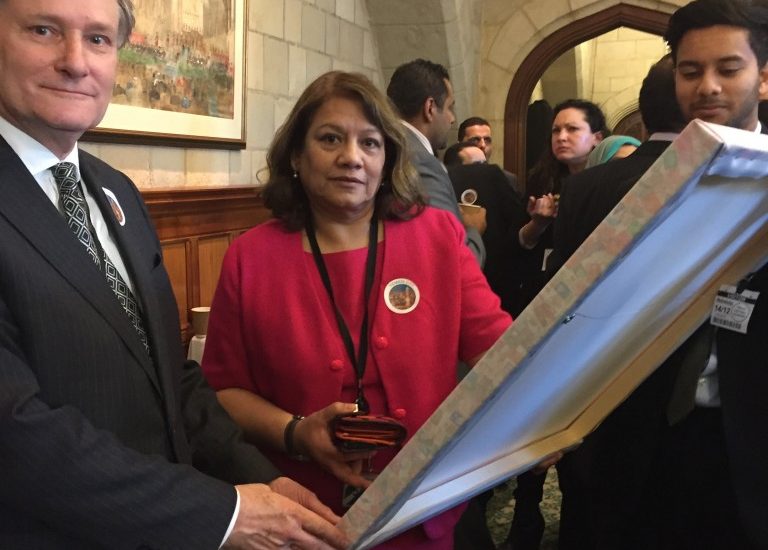 The armed conflict in Yemen is one of the greatest humanitarian crises. 68 % of the population (18.7 million people) are in need of humanitarian assistance and almost 300 health centres have either been destroyed or seriously damaged. The meeting heard a video message from Stephen O Brien who is the United Nations Under-Secretary-General for Humanitarian Affairs and Emergency Relief Coordinator. He stressed the importance of humanitarian aid getting through to people.

In the House of Commons on Wednesday 14 December 2016 I attended Yemen Day, organised by the APPG on Yemen chaired by Rt Hon Keith Vaz MP, vice-chair Edward Argar MP and Alison Thewlis MP. I signed a document addressed to the UN. The above photo I am with Sir Hugh Bayley of the International Rescue Committee. The aim of the event was to raise awareness of the current situation in Yemen. Women and girls make up 62% of the 4 million people with acute malnutrition. It currently takes women and girls more than an hour to collect water, which they have to do several times a day.

In a recent Urgent Question the Government confirmed that the cluster bombs used in Yemen were made in Britain. There was hope of a breakthrough at a second round of UN brokered talks that opened in Kuwait in April 2016 with both sides willing to negotiate. However the talks collapsed with an escalation in fighting. The UN must make further attempts to secure peace talks.